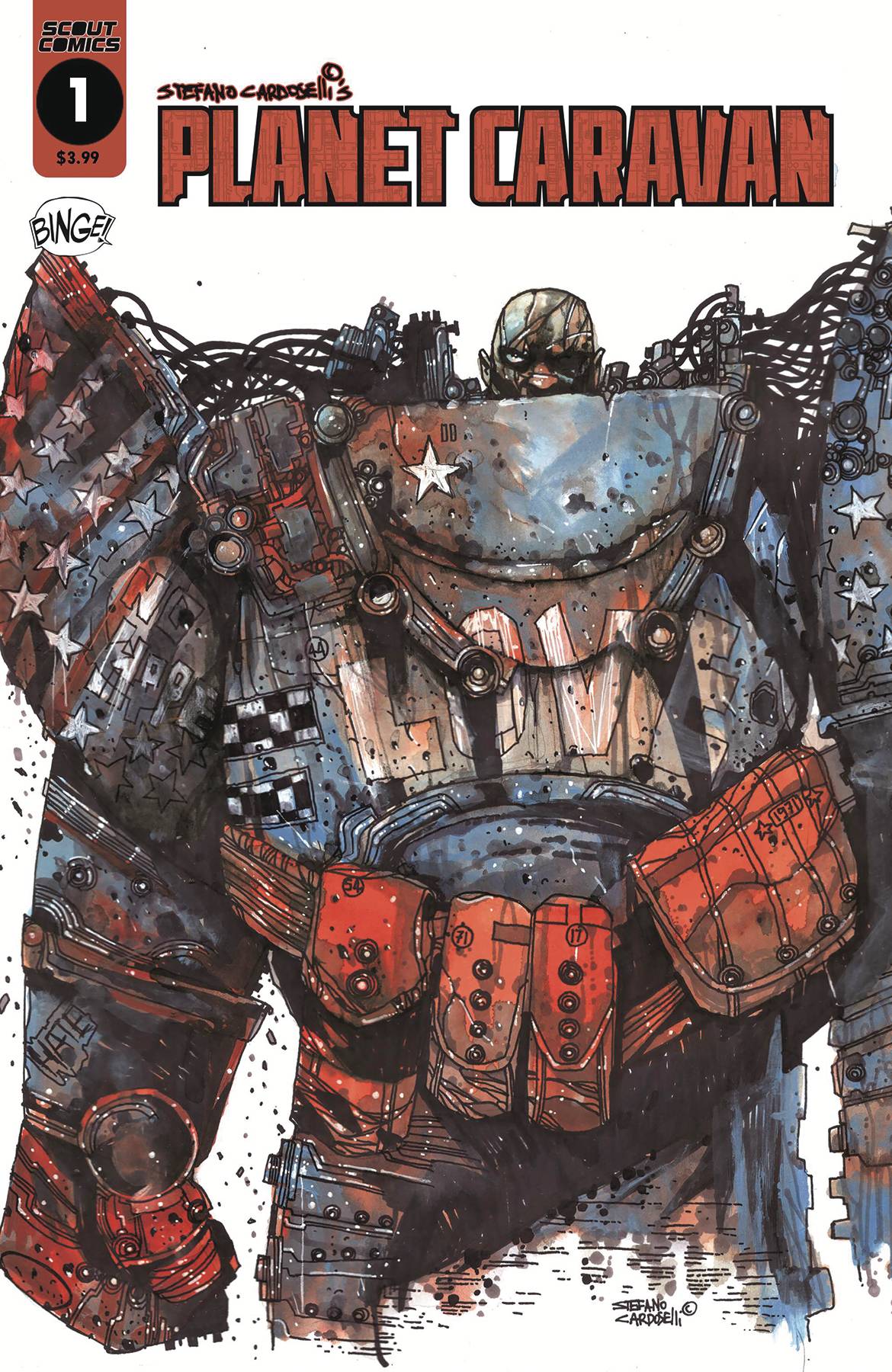 #
JUN191904
(W) Andrea Amenta (A) Stefano Cardoselli
The newest entry in the new BINGE! Imprint where Scout releases a World Premiere issue followed by the entire story a few months later in one volume! Jason is the last of his army on the surface of an enormous planet, with his massive permanent mecha-suit - a sentient death-machine called "Love" - as his only companion. The armies of several planets and corporations have clashed there, annihilating each other over the resources of the planet in a seemingly neverending war. Jason's only desire is to make it home to his wife, Grace. After a long and dangerous journey, he will find a way back to Earth... and to an awful truth.