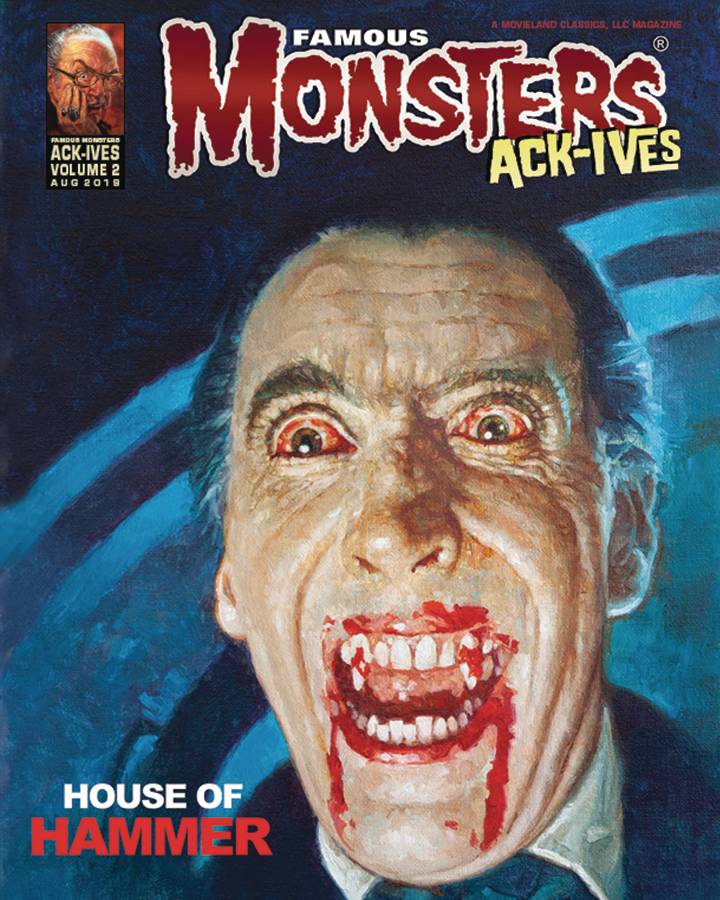 #
JUN191729
(CA) Sanjulian
Horror got a whole new colorful image with the establishment of Hammer Film Productions in 1934, and 85 years later, the brand is still synonymous with gore, exploitation, and legendary genre icons like Christopher Lee, Peter Cushing, and Ingrid Pitt. As this new Hammer edition of the ACK-IVES shows, Famous Monsters was along for the whole ride and championed Britain's new monster canon with countless features and photographs. We've also got an exclusive update on the studio's current film roster and their plans for the future!
In Shops: Jul 31, 2019
SRP: $16.99
View All Items In This Series