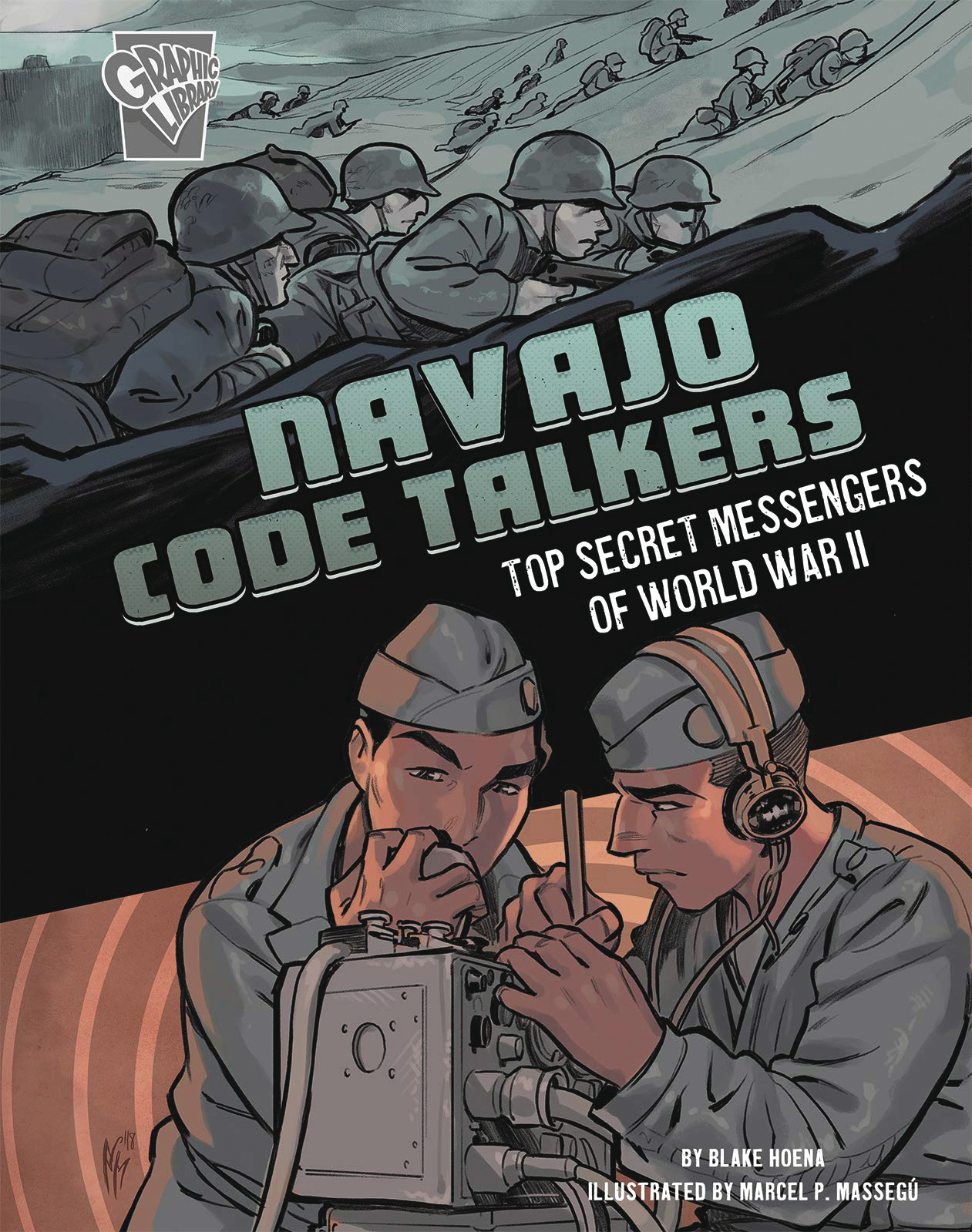 JUN191643
(W) Blake A. Hoena (A) Marcel P Massegu
During World War II U.S. forces had to keep battle plans and other top secret information out of the enemy's hands. Coded messages were often used, but secret codes could be broken. To solve this problem, the U.S. military turned to an unexpected source to create an unbreakable code. The Navajo people spoke a complex language that few outsiders knew how to speak. Several Navajo soldiers were recruited to develop a code based on the Navajo language. The result was a complex code that could not be solved by the enemy. Learn all about the brave Navajo Code Talkers and how their unbreakable code helped defeat the enemy and win the war.
In Shops: Aug 07, 2019
SRP: $7.95
View All Items In This Series