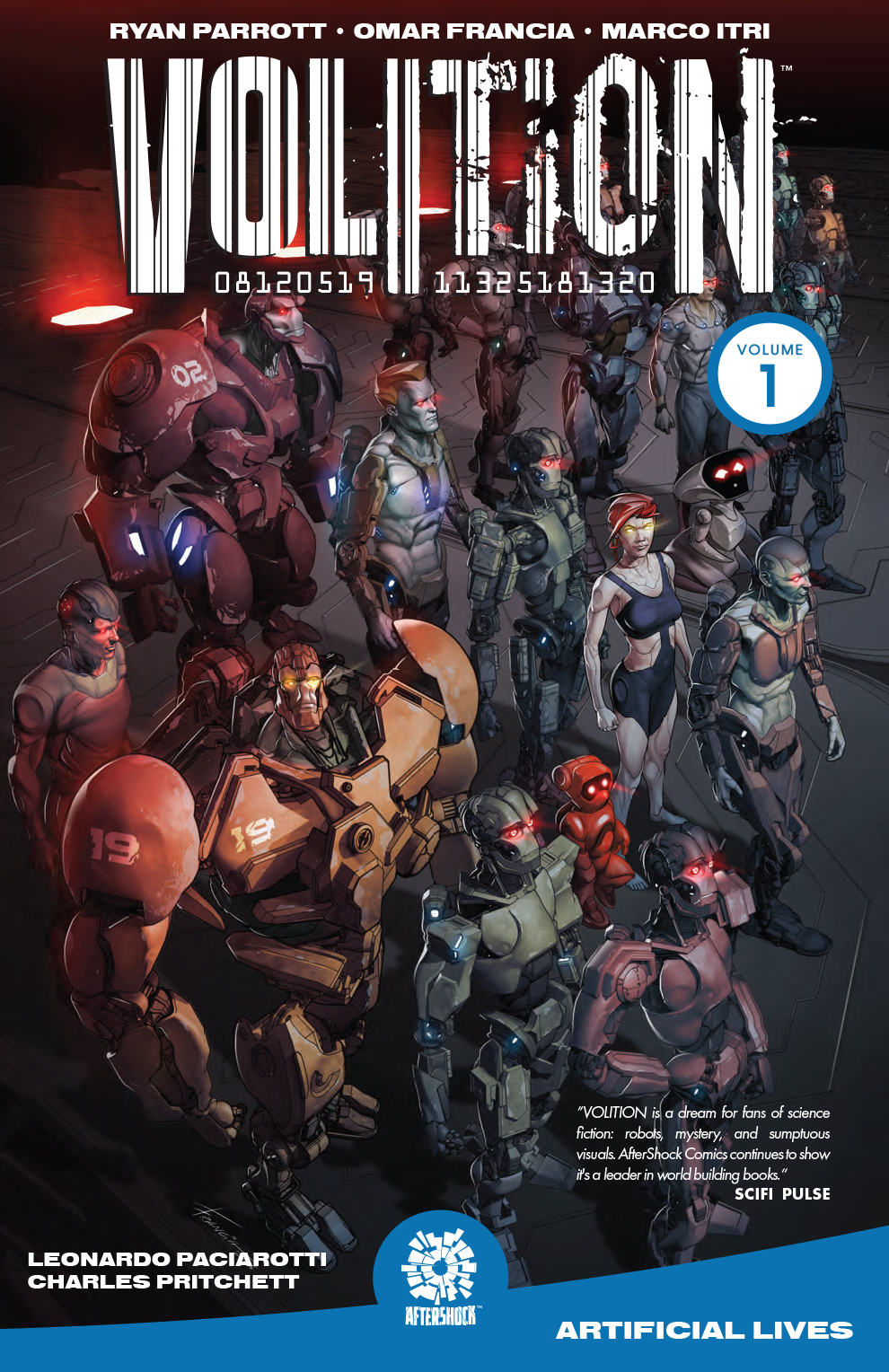 JUN191363
(W) Ryan Parrott (A) Marco Itri (A/CA) Omar Francia
In a not-too-distant future, artificial intelligence has spawned a race of robots that serve all of humanity. Robots are considered second class citizens, but a few in the A.I. community are fighting back in a constant struggle for equal rights. When a debilitating virus called "Rust" threatens all artificial life, salvation lies in the most unlikely of robotic heroes - not a warrior or a solider, but an obsolete construction worker and a dedicated caregiver. Together, HALE-19 and AMBER-7T embark on a perilous journey in search of a cure that could potentially change the balance of power on Earth forever. From writer Ryan Parrott (Saban's Go Go Power Rangers, OBERON, Star Trek, Bat-man: Gates of Gotham) and new artist sensations Omar Francia (Star Wars, Mass Effect) and Marco Itri (Grimm Fairy Tales) comes an epic quest into a dazzling fu-ture world told through the lens of AfterShock Comics! Volume one contains issues #1-6.
In Shops: Jul 31, 2019
SRP: $17.99
View All Items In This Series