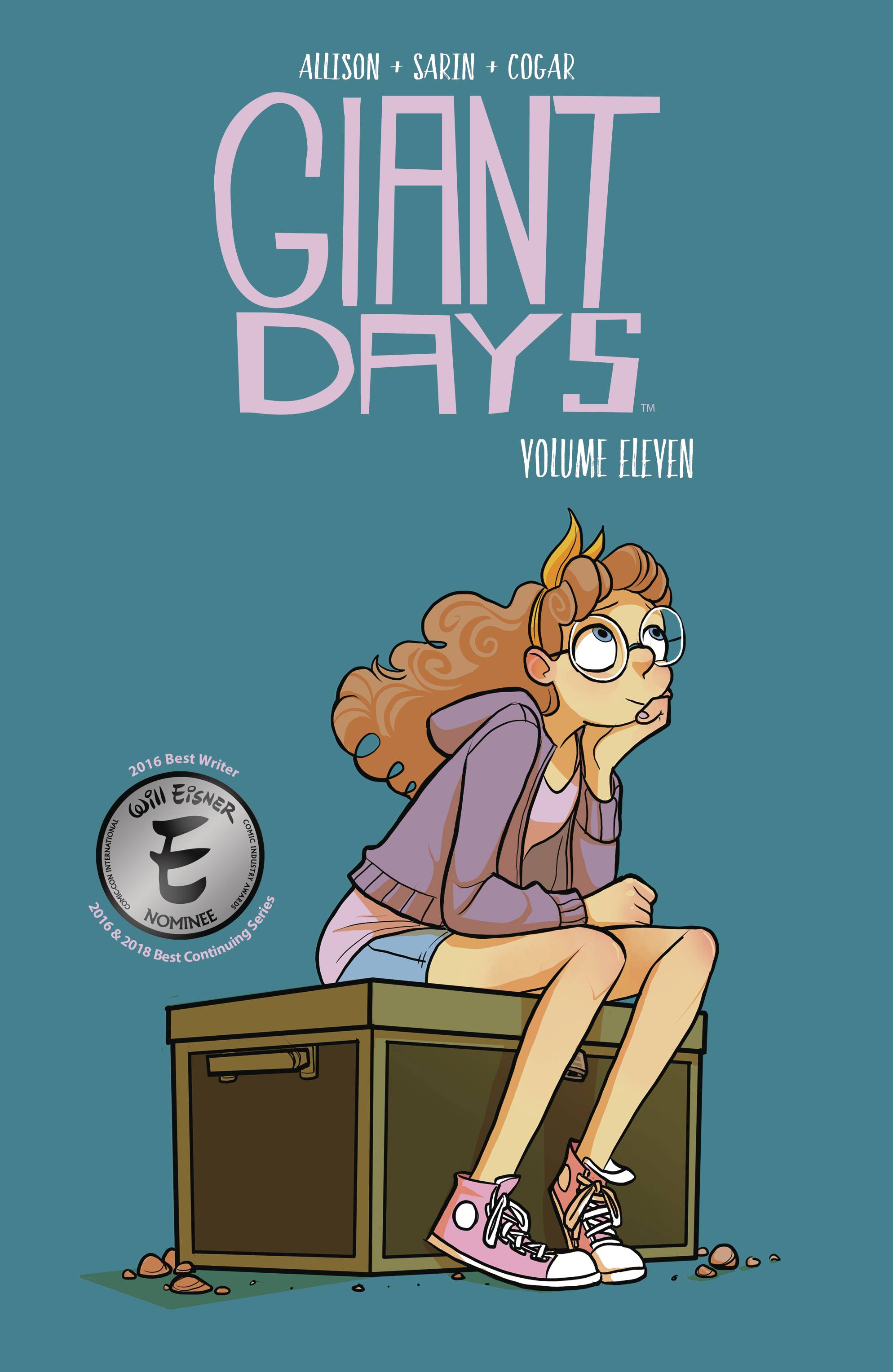 #
JUN191305
(W) John Allison (A/CA) Max Sarin
* The third (and final!) year of university is finally here, and BFFs Daisy, Esther, and Susan are in for some surprising upsets in their first semester. Between Halloween run-ins with Daisy 's dreaded (dreadful) ex, part-time gigs at a shady pop-up Christmas market, Esther dating a tech-bro, and Susan attempting to be romantic, there's still plenty to learn and more than enough misadventure to squeeze in before it 's time to don caps and gowns!
* Written by John Allison (Scary Go Round, By Night) and illustrated by the incredible Max Sarin, Giant Days volume 11 kicks off third year with a bang, collecting issues #41-44 of the Eisner Award-nominated series.
In Shops: Oct 02, 2019
SRP: $14.99
View All Items In This Series
ORDER SUBSCRIBE WISH LIST