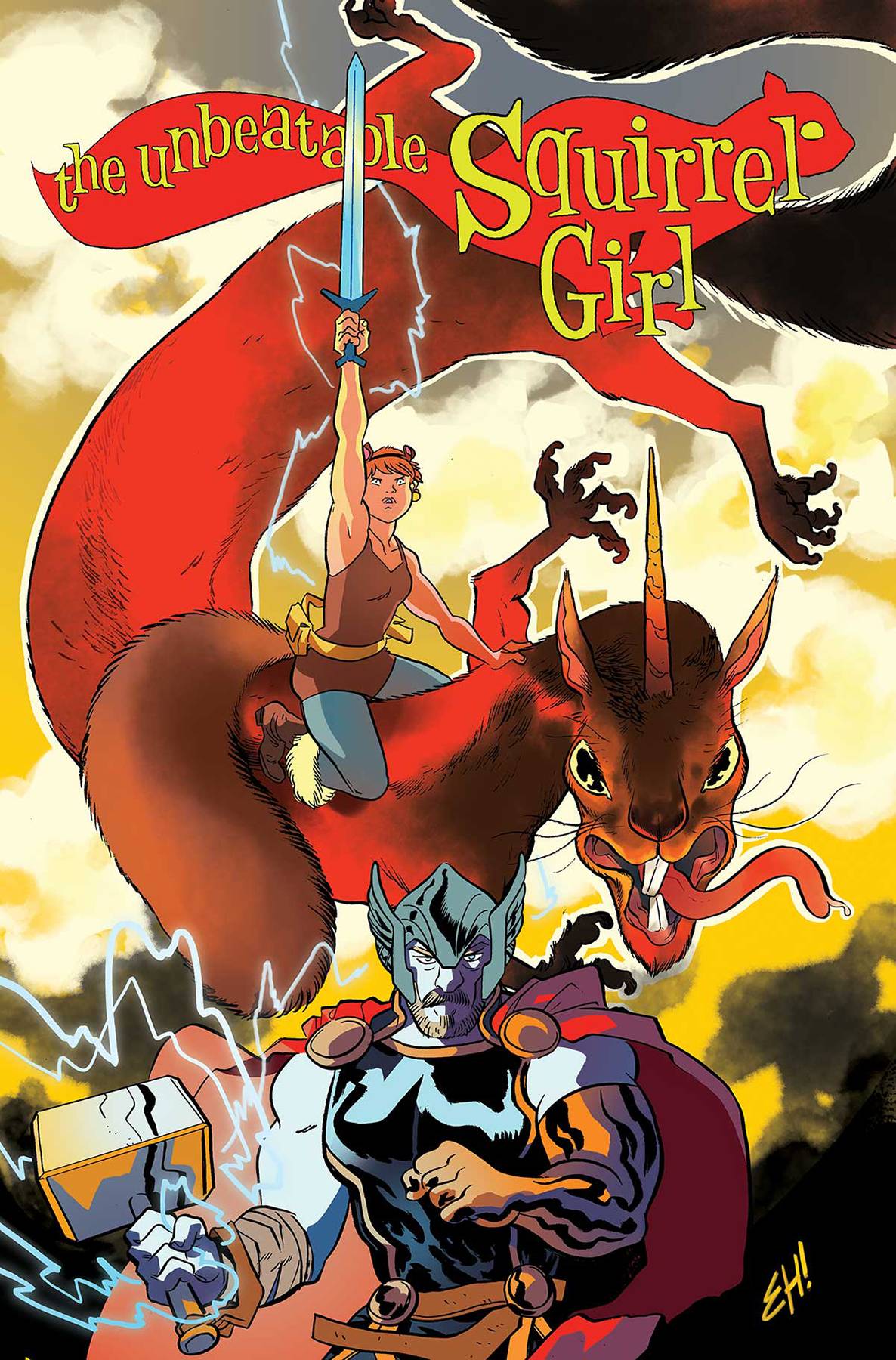 #
JUN191052
(W) Ryan North (A) Derek Charm, Naomi Franquiz (A/CA) Erica Henderson
Squirrel Girl takes on none other than...Kang the Conqueror! It's a battle for the ages across space and time as Kang attacks Doreen Green in three distinct eras! And if that isn't cosmic enough for you, what would you say to Squirrel Girl jumping headfirst into the War of the Realms?! When Doreen's good pal Loki recruits her as part of a secret mission, you might wonder whether he's up to something. And he probably is - he's the God of Lies, after all. But this isn't Doreen's first Asgardian rodeo! And whose side is her old nemesis, the Asgardian chaos squirrel god, Ratatoskr, on in this insane conflict? Get ready to experience Squirrel Girl's first big event crossover - and don't miss the shocking reveal that's been in the works for literal years! Collecting UNBEATABLE SQUIRREL GIRL (2015B) #42-46.
Rated T
In Shops: Sep 11, 2019
SRP: $15.99
View All Items In This Series
ORDER SUBSCRIBE WISH LIST