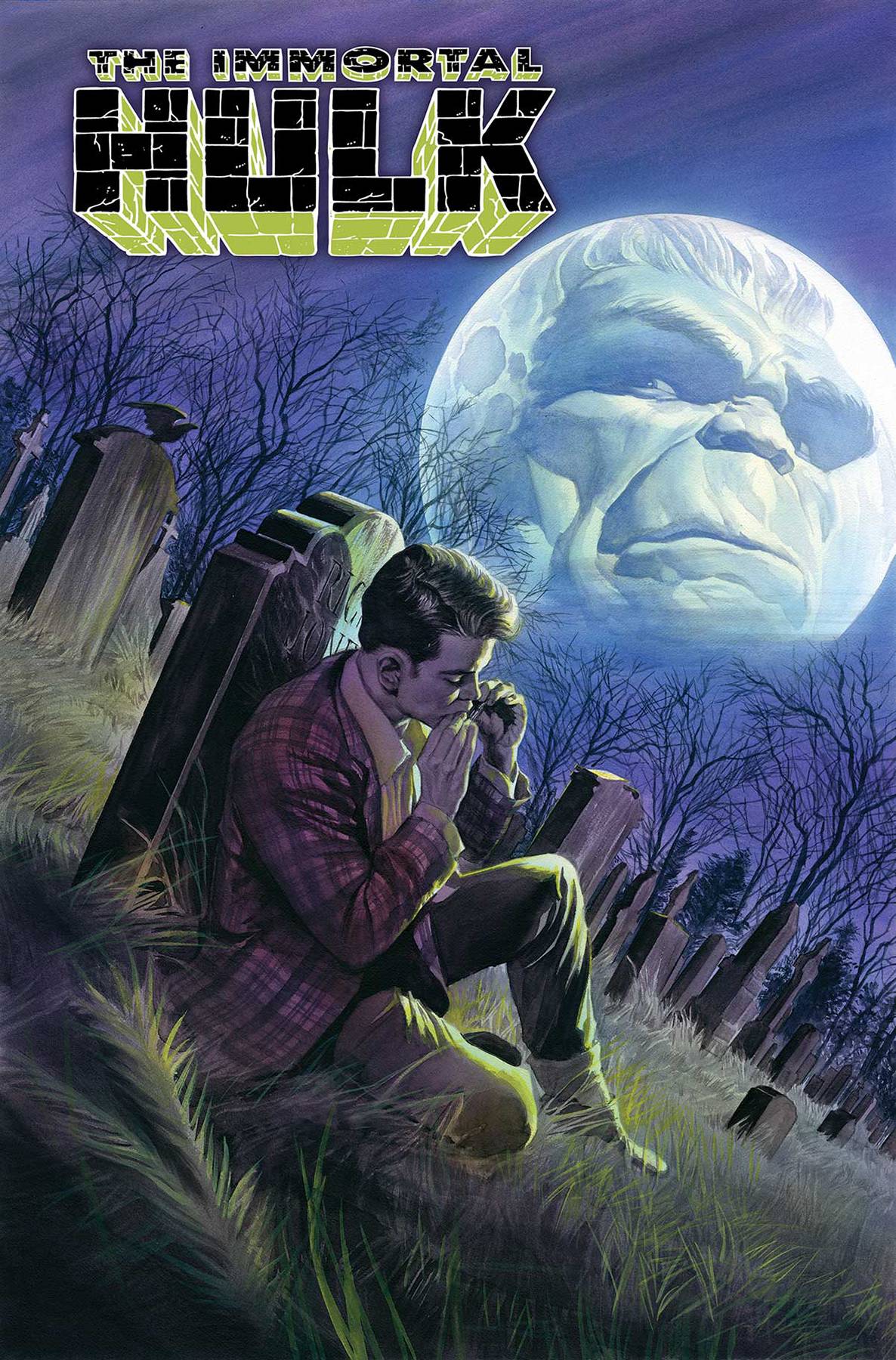 #
JUN191051
(W) Al Ewing (A) Joe Bennett (CA) Alex Ross
Once upon a time, he was the Hulk's best friend. Rick Jones was there at ground zero on the fateful day the Hulk was born. And during the early days when the Hulk was a mindless brute, Rick was the only one who believed in him. Now Rick is dead and gone - but his body has been exhumed and stolen! And the Immortal Hulk wants to know why. But to find the answers he seeks, Bruce Banner will have to face roaming gamma experiments and a ruthless assassin out for his blood - and the one thing that can depower the Hulk. As a pair of dead loved ones turned nightmarish foes hunt Banner on two fronts, the stage is set for a brutal three-way confrontation between the Abomination, the Harpy and the Hulk! Collecting IMMORTAL HULK #16-20.
Rated T+
In Shops: Sep 04, 2019
SRP: $15.99
View All Items In This Series
ORDER SUBSCRIBE WISH LIST