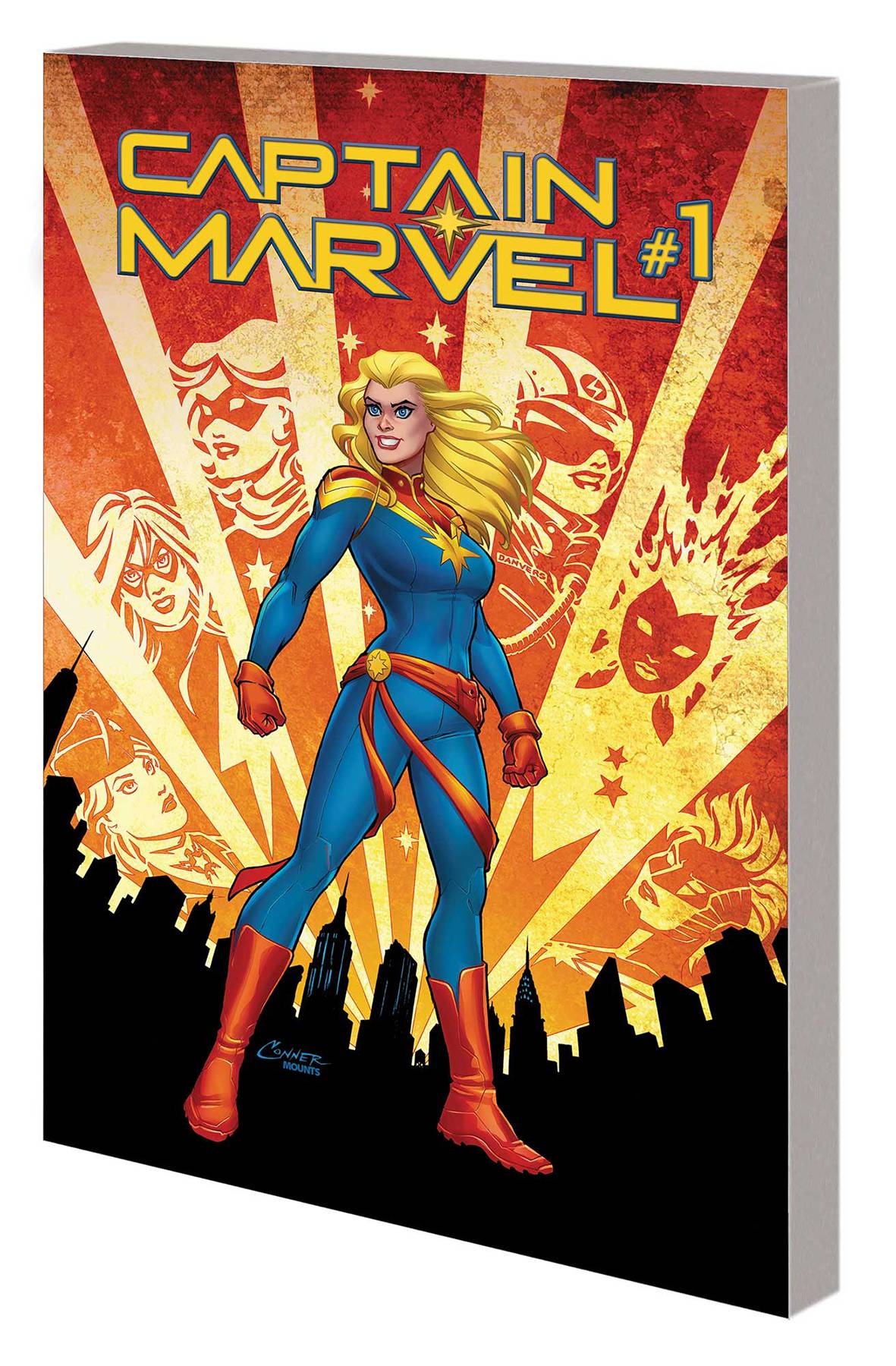 #
JUN191043
(W) Kelly Thompson (A) Carmen Nunez Carnero, Annapaola Martello (CA) Amanda Conner
Captain Marvel comes home! Carol Danvers has spent months in space protecting the planet, but now she's back on Earth. And New York City has never looked so good - until a powerful villain turns Manhattan's Roosevelt Island into an apocalyptic wasteland! Cut off from the rest of the world, Carol needs a new crew - including Spider-Woman, Hazmat and Echo - to kick-start a revolution! But which face from her past is about to reappear and change everything? The life of every man, woman and child on the island rests on Carol's shoulders - it's time to show exactly why they call her "Earth's Mightiest Hero"! Collecting CAPTAIN MARVEL (2019) #1-5.
Rated T+
In Shops: Aug 28, 2019
SRP: $15.99
View All Items In This Series