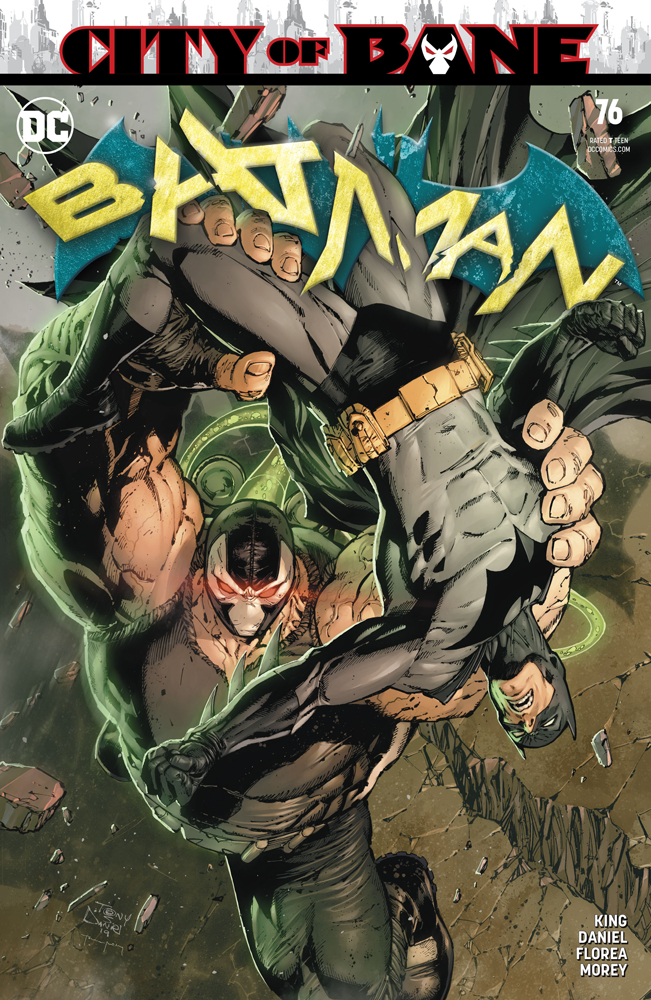 JUN190477
(W) Tom King (A) Sandu Florea, Norm Rapmund (A/CA) Tony S. Daniel
"City of Bane" continues! Bane has taken over Gotham City, and Batman is nowhere to be found. At least, not a Batman anyone recognizes. Flashpoint Batman is now patrolling the city, dispensing a violent brand of justice and taking out rogue villains who haven't yet signed on with Bane. It's all building to a rebellion among the bad guys who don't want to play along- and distrust in those who do! Meanwhile, a surprising ally has come to Bruce Wayne's aid, nursing him back to health so that he can get back to his city.
In Shops: Aug 07, 2019
SRP: $3.99
View All Items In This Series