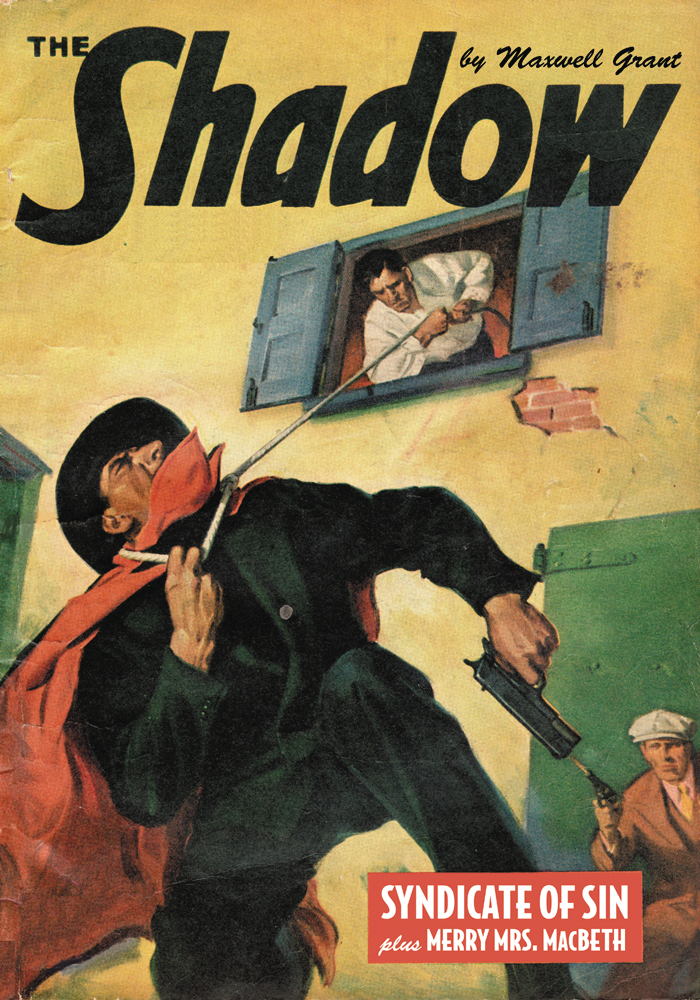 JUN181963
(W) Maxwell Grant, Walter B. Gibson, Will Murray, Ted Tinsley (CA) George Rozen, Modest Stein
The Knight of Darkness proves that "crime does not pay" in classic pulp thrillers by Theodore Tinsley and Walter B. Gibson! First, only The Shadow knows that stolen Nazi art treasures are being peddled in America by a murderous "Syndicate of Sin." Then, death comes hurtling onto the stage of "Merry Mrs. MacBeth," a new Broadway musical. Plus, a Golden Age of Comics Nick Carter adventure illustrated by Bob Powell!
In Shops: Aug 29, 2018
SRP: $14.95
View All Items In This Series