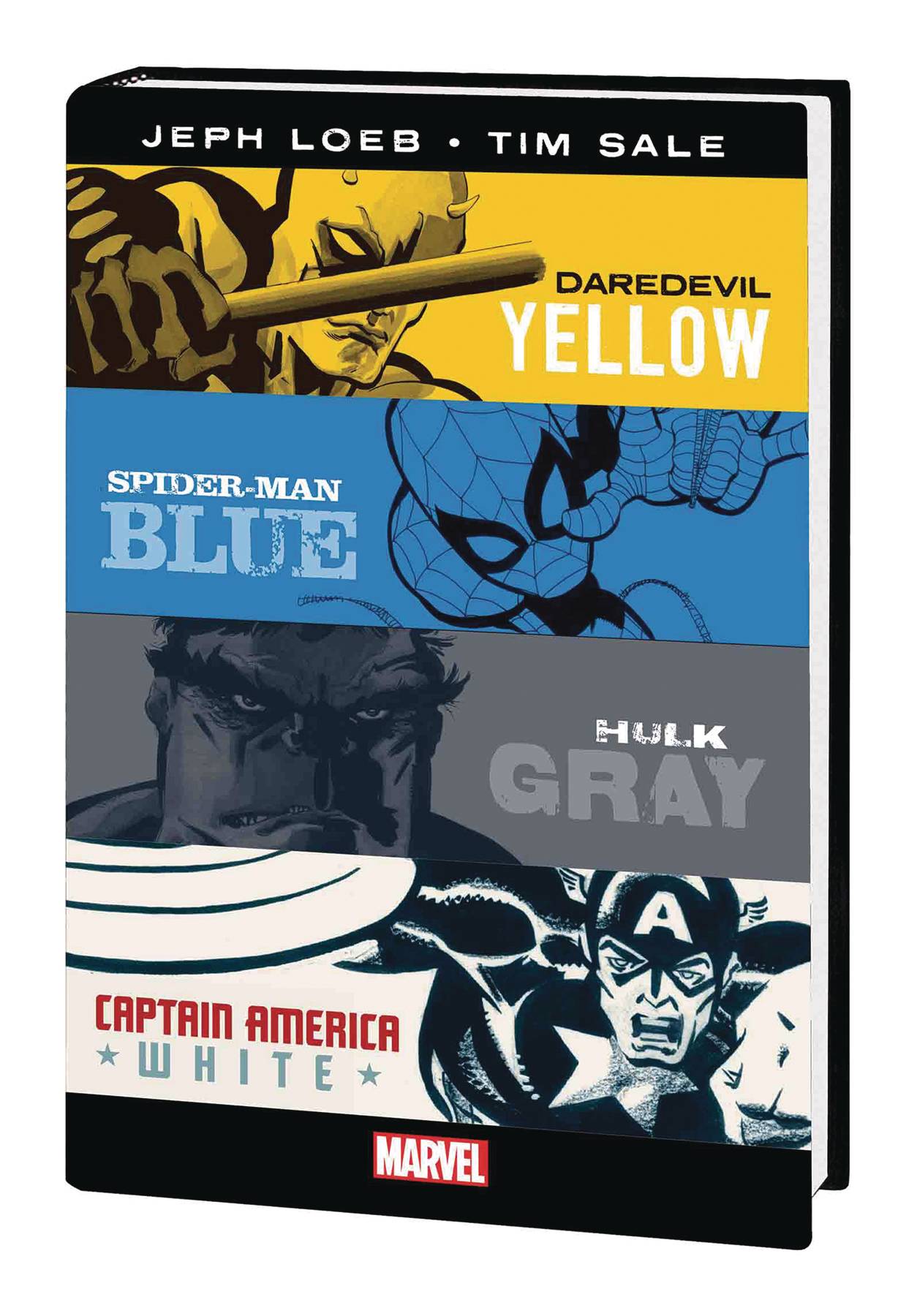 #
JUN180964
(W) Jeph Loeb (A/CA) Tim Sale
All four of Jeph Loeb and Tim Sale's classic "color" masterpieces in one atmospheric hardcover! Blind acrobat Daredevil was inspired to heroism by the example of his prizefighter father - but Matt Murdock is a young man in love with Karen Page. Relive Daredevil's heartwarming, heartbreaking debut! Then, Peter Parker and Gwen Stacy want to spend the rest of their lives together - but first, Spider-Man must run a gauntlet of his greatest foes. No matter how powerful the Incredible Hulk becomes, his heart can still be shattered by Betty Ross - the daughter of his greatest enemy! And Captain America battles beside best friend Bucky behind enemy lines in World War II! Touching and insightful tales of super-heroism from an Eisner Award-winning team! Collecting DAREDEVIL: YELLOW #1-6, SPIDER-MAN: BLUE #1-6, HULK: GRAY #1-6 and CAPTAIN AMERICA: WHITE #0-5.
Rated T+
In Shops: Dec 05, 2018
SRP: $100.00
ORDER WISH LIST