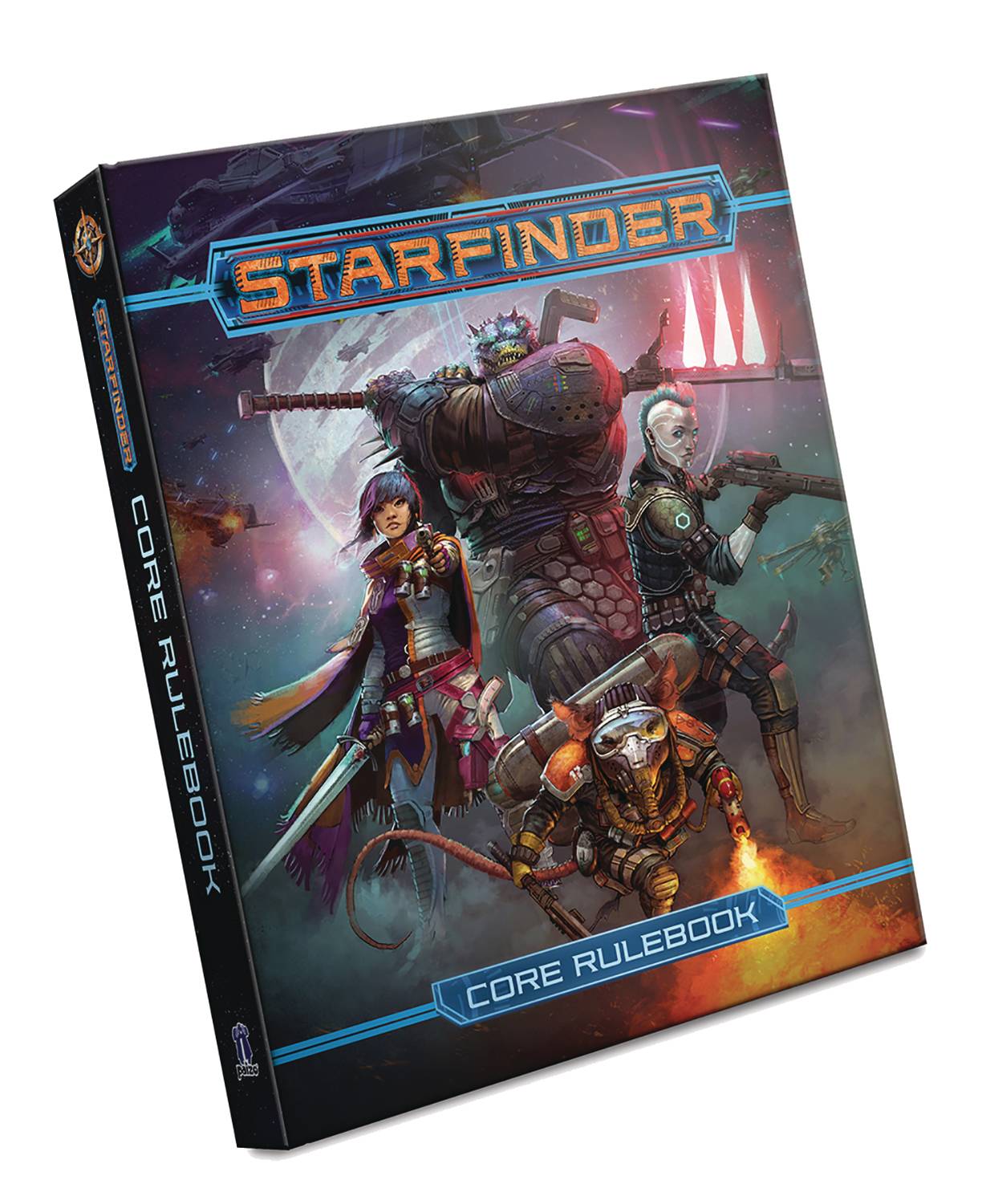 #
JUN173371
(W) James L. Sutter, Rob McCreary, Owen K. C. Stephens, Jason Keeley, Amanda Hamon-Kunz
Blast off into a galaxy of adventure with the Starfinder Roleplaying Game! Step into your powered armor and grab your magic-infused laser rifle as you investigate the mysteries of a weird universe with your bold starship crew. Will you delve for lost artifacts in the ruins of alien temples? Strap on rune-enhanced armor and a laser rifle to battle undead empires in fleets of bone ships, or defend colonists from a swarm of ravenous monsters? Whether you're making first contact with new cultures on uncharted worlds or fighting to survive in the neon-lit back alleys of Absalom Station, you and your team will need all your wits, combat skill, and magic to make it through. This massive 528-page hardcover rulebook is the essential centerpiece of the Starfinder Roleplaying Game, with rules for character creation, magic, gear, and more, everything you need to play Starfinder as either a player or Game Master!
In Shops: Aug 23, 2017
SRP: $59.99