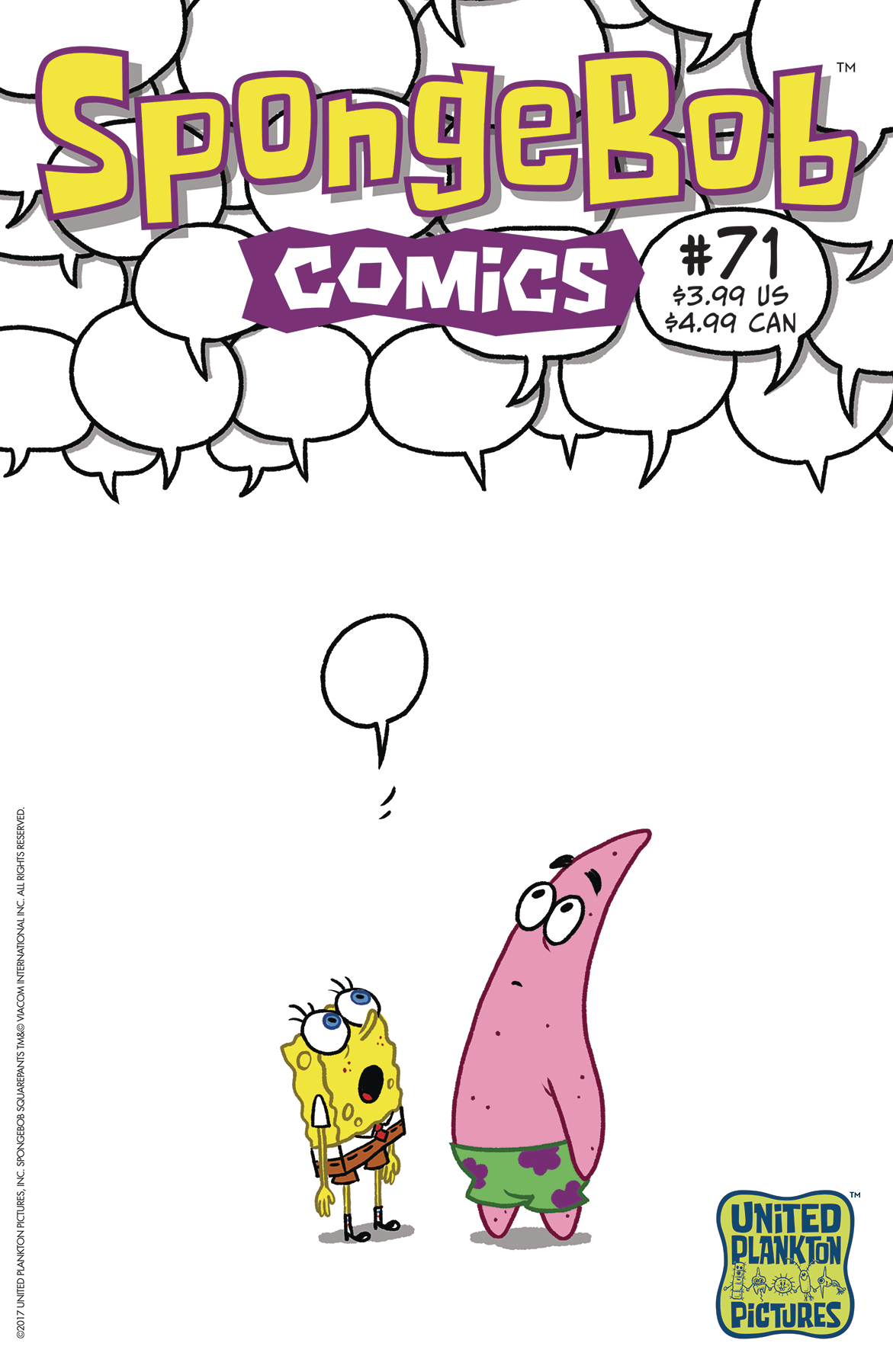 JUN171284
(W) Graham Annable (A/CA) Graham Annable
It's our first "Will You Please Be Quiet" issue-featuring not as many words as usual! First, in an epic tale by Graham Annable (Box Trolls, Grickle), King Neptune can't stand the racket made by the denizens of Bikini Bottom, so he casts a Bubble of Silence over the whole town-as underwater deities often do. But the shenanigans of SpongeBob, Patrick, Mr. Krabs, and Plankton won't be stopped by a mere lack of sound-and they may prove the undoing of Neptune himself! Plus: a silent "SpongeFunnies" by Kochalka; a wordless "Flotsam & Jetsam: Ocean Facts" by Maris Wicks; and two more stories where the only sound... will be your own laughter! (Void where prohibited.)
In Shops: Aug 09, 2017
SRP: $3.99
View All Items In This Series
ORDER WISH LIST