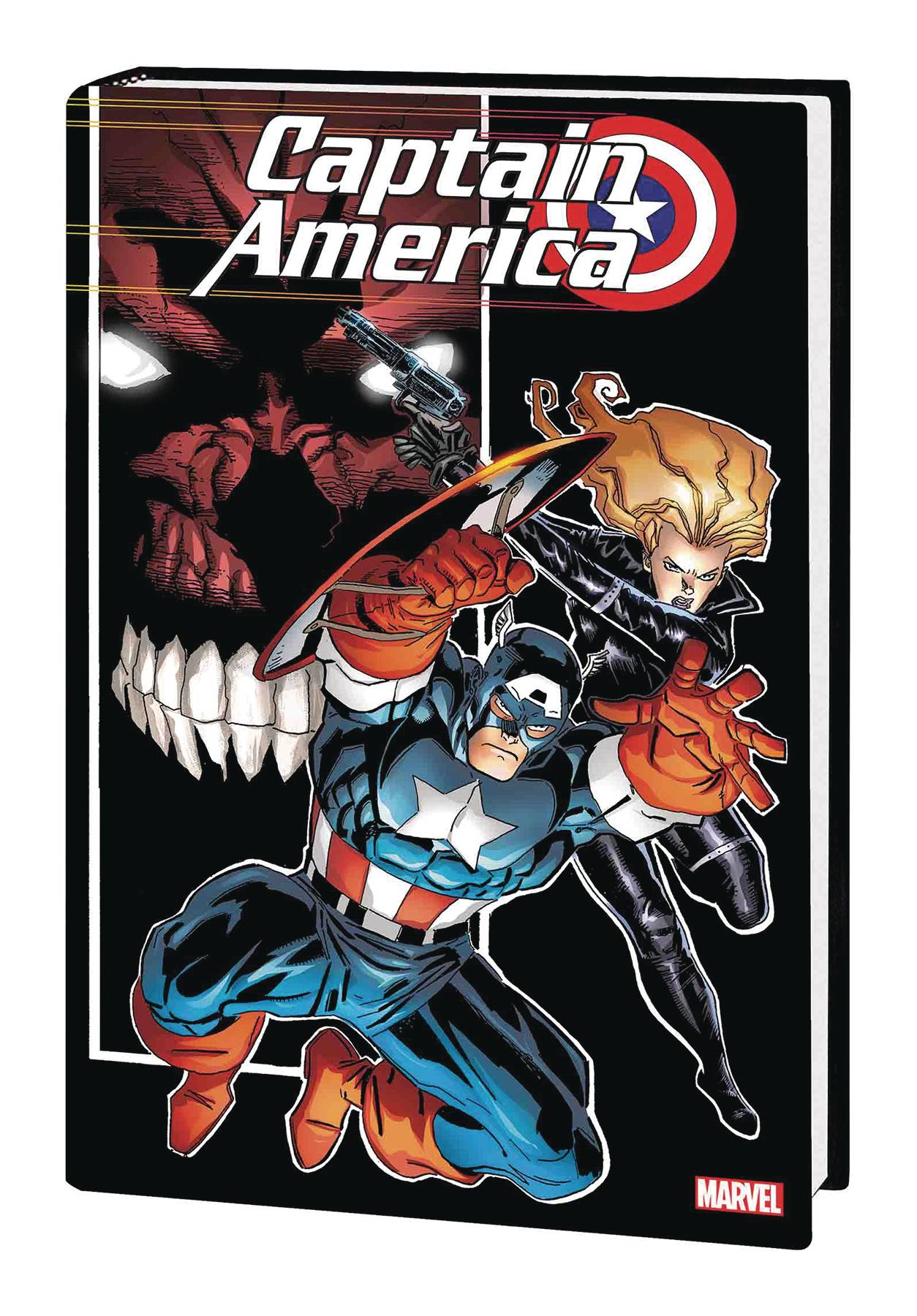 #
JUN171040
(W) Mark Waid, Ron Garney, Roger Stern, James Felder (A) Dale Eaglesham, Andy Kubert, Doug Braithwaite, Lee Weeks, Patrick Zircher, Ron Frenz, Steve Mannion, Anthony Williams (A/CA) Ron Garney
One of the most celebrated runs in Captain America history - collected in full! The world believes Cap dead, but his life is saved by his greatest love...and his deadliest enemy! Will America celebrate his return, or will he become a man without a country? After facing Onslaught, Cap will find himself reborn once more - only to lose his shield! But there's no slowing down for the Sentinel of Liberty as Cap takes on Hydra, Skrulls, A.I.M. and more; unites with Iron Man against M.O.D.O.K.; and battles Korvac and the Red Skull for the fate of the future! Plus: Tales from World War II and more - from all eras of the Sentinel of Liberty's star-studded history! Collecting CAPTAIN AMERICA (1968) #444-454, CAPTAIN AMERICA (1998) #1-23, IRON MAN/CAPTAIN AMERICA ANNUAL '98, CAPTAIN AMERICA: SENTINEL OF LIBERTY #1-12 and ROUGH CUT, and material from CAPTAIN AMERICA: THE LEGEND and CAPTAIN AMERICA: RED, WHITE & BLUE.
Rated T+
In Shops: Dec 06, 2017
SRP: $125.00
ORDER WISH LIST