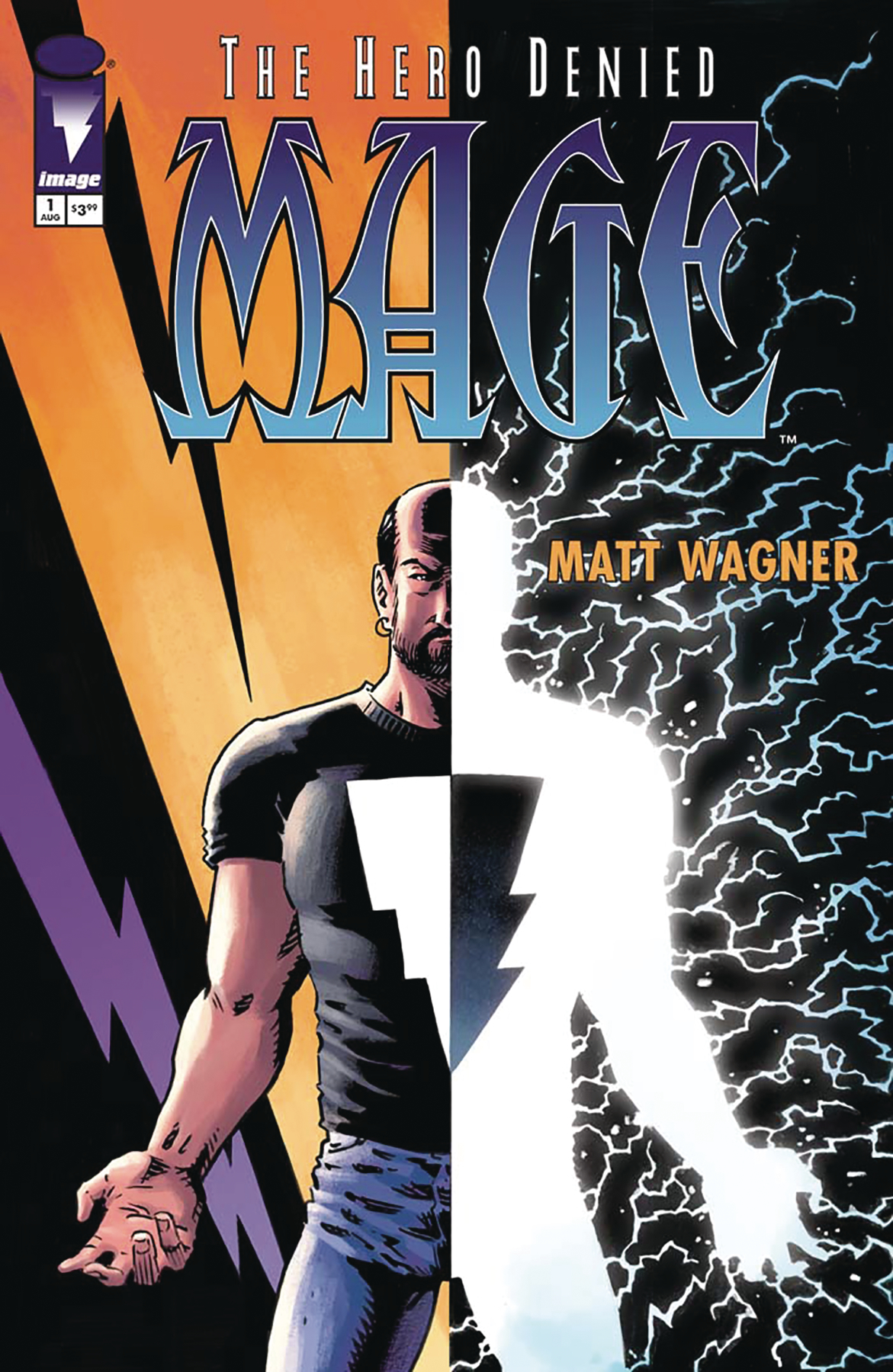 JUN170617
(W) Matt Wagner (A/CA) Matt Wagner
LEGENDARY WRITER / ARTIST MATT WAGNER RETURNS FOR THE THIRD AND FINAL VOLUME OF HIS EPIC FANTASY TRILOGY-MAGE: THE HERO DENIED!    This first full-sized issue begins 10 years after the climax of THE HERO DEFINED and finds the everyman hero Kevin Matchstick at an unexpected point in his life. It's been some time since he's utilized his powers as the reincarnated Pendragon, wielder of the mystical weapon Excalibur. Despite his reluctance to fulfill what two different Mages have declared as his destiny, dark forces have gathered to once again force Kevin into action.  Throughout these events, Kevin keeps hoping for the same mystical guidance that has mentored him in the past. "Who is the third Mage?!"

MAGE: THE HERO DENIED will be a 15-issue limited series climaxing in a double-sized finale. Newly repackaged editions of the previous books from the trilogy-THE HERO DISCOVERED and THE HERO DEFINED-will be released over the course of the new series. MAGE has been a perennial favorite with old and new readers alike for nearly three decades.
In Shops: Aug 16, 2017
SRP: $3.99
View All Items In This Series