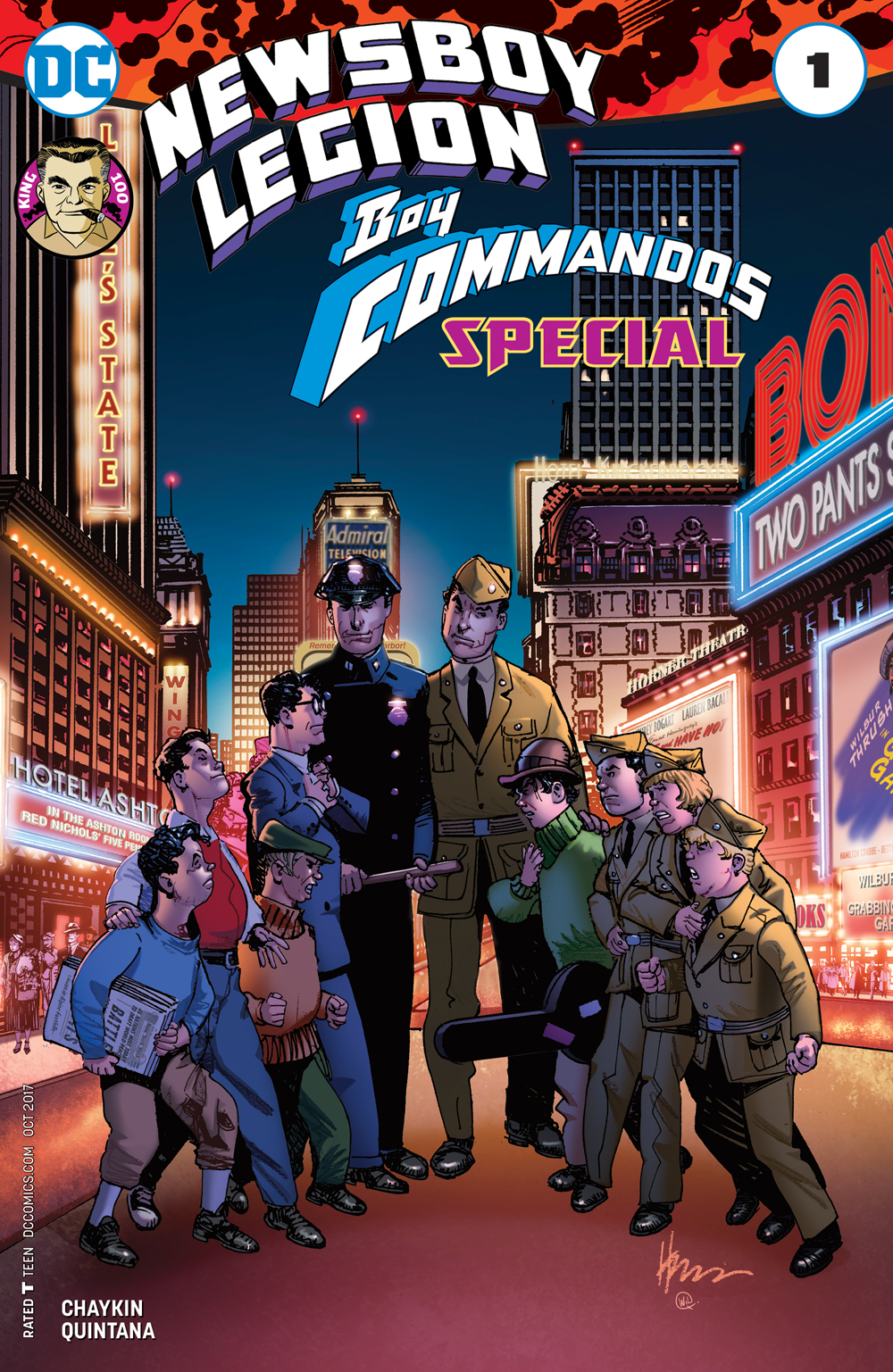 JUN170371
(W) Howard Chaykin, Joe Simon (A) Jack Kirby (A/CA) Howard Chaykin
Jack Kirby's two wartime kid gangs share their first adventure together in a novel-length tale written and illustrated by Howard Chaykin! When the Boy Commandos arrive in New York on the trail of a secret Axis agent, they're greeted as turf invaders by the crime-fighting Newsboys! Can these kids put aside their rivalry and join forces to protect the home front? This issue also includes the story "Turn on the Heat," starring the Newsboy Legion, from STAR SPANGLED COMICS #27, written and illustrated by Joe Simon and Jack Kirby.
In Shops: Aug 09, 2017
SRP: $4.99