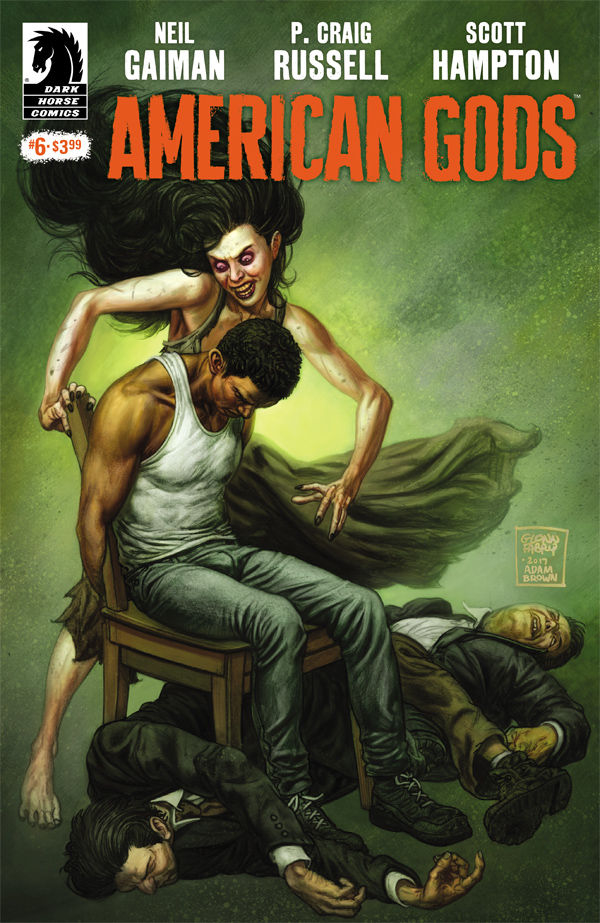 JUN170042
(W) Neil Gaiman, P. Craig Russell (A) Scott Hampton, P. Craig Russell (CA) Glenn Fabry
As Wednesday attempts to rally his fellow gods to fight, Shadow is kidnapped by men in black-Mr. Wood and Mr. Stone, who brutally interrogate and beat him for answers on the coming god war.

The Hugo, Bram Stoker, Locus, World Fantasy, and Nebula Award-winning novel and upcoming Starz television series by Neil Gaiman is adapted as a comic series for the first time!