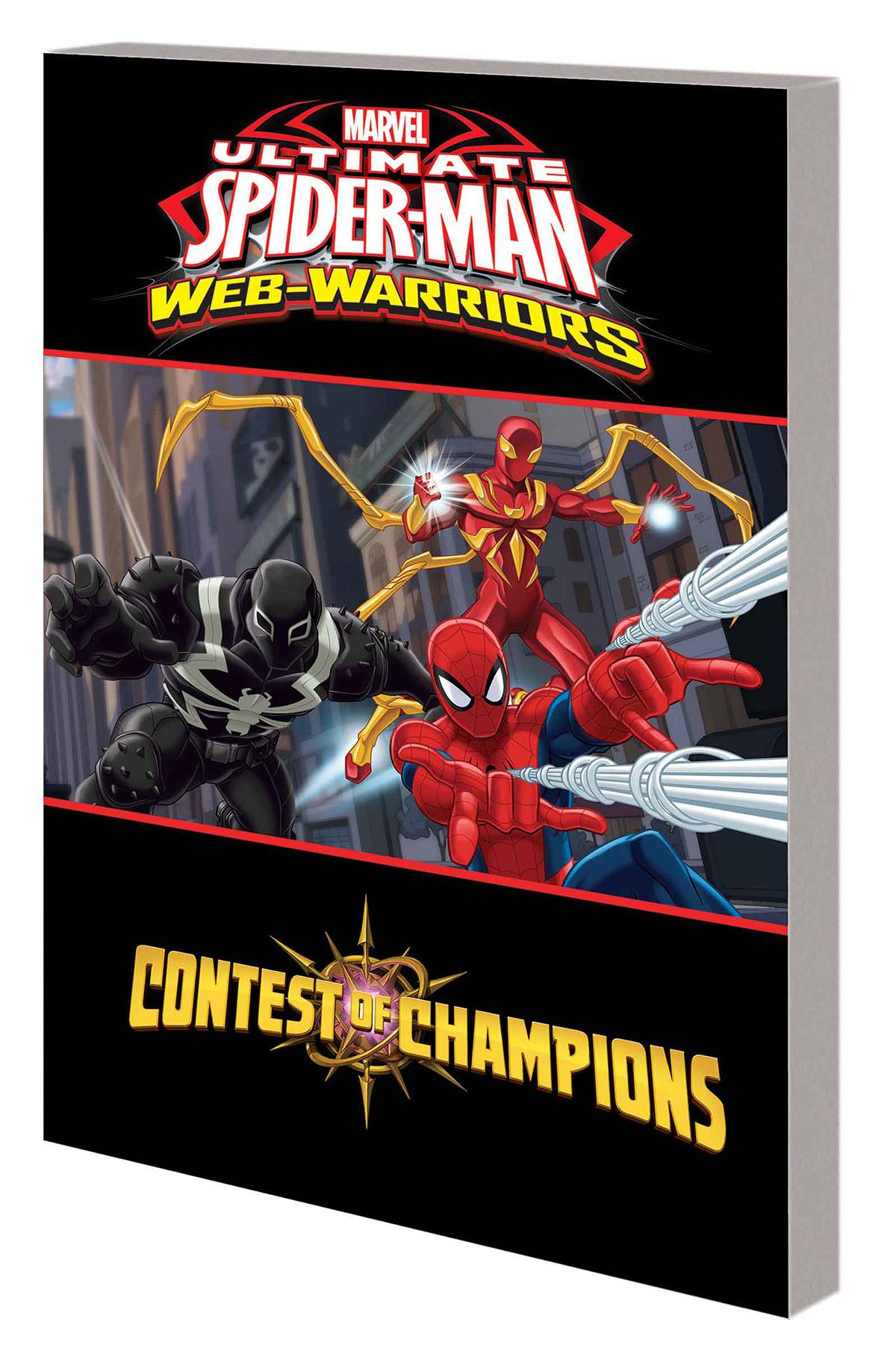 #
JUN160986
(W) Joe Caramagna (A/CA) Various
Featuring screen-capture images from MARVEL'S ULTIMATE SPIDER-MAN: WEB WARRIORS
Spider-Man and the Avengers compete in the Contest of Champions! But who are the mysterious manipulators abducting Earth's heroes? It's the Collector vs. the Grandmaster, with Earth as the prize! Spidey and Earth's Mightiest Heroes must battle their greatest foes for the fate of the planet - and the competition heats up when Hulk and the Agents of S.M.A.S.H. enter the fray! Annihilus, Terrax and Attuma join the enemy camp - but how do Venom and Iron Spider fit into the contest? When the dust clears and the winner is declared, it's bad news for Earth - unless Spider-Man and She-Hulk can make a last-ditch, all-in play for mankind's survival! Let the games begin! Collecting MARVEL UNIVERSE ULTIMATE SPIDER-MAN: CONTEST OF CHAMPIONS #1-4.
All Ages
In Shops: Aug 31, 2016
SRP: $9.99
ORDER WISH LIST