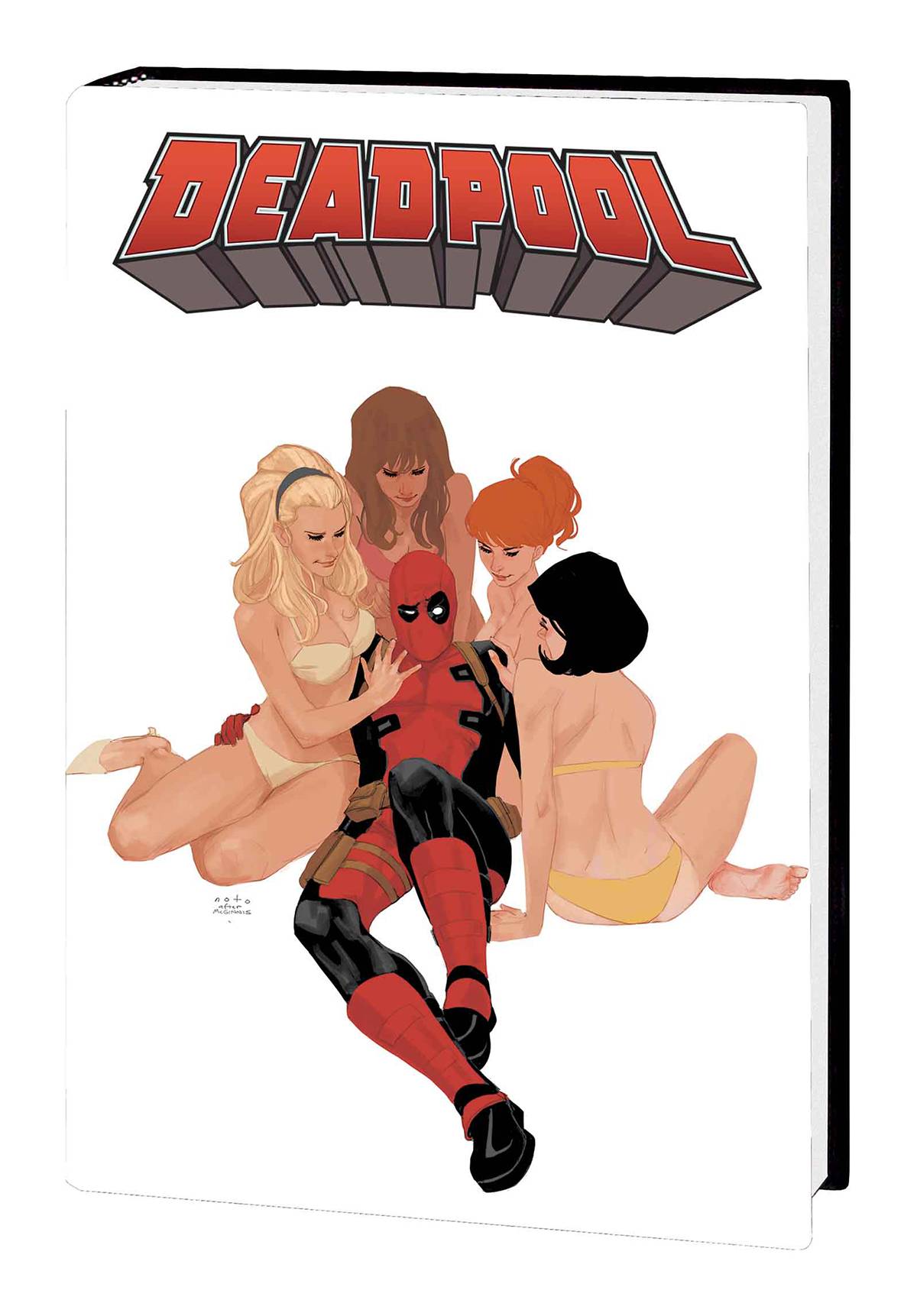 #
JUN160954
(W) Brian Michael Bendis, Gerry Duggan, Various (A) Various (CA) Phil Noto
Births, deaths and marriages - they're all here in Gerry Duggan and Brian Posehn's hilarious take on the Merc with a Mouth. But mainly deaths - and in the case of a zombified horde of U.S. presidents, undeaths! Meet the daughter Wade Wilson never knew he had, the voice in his head he never wanted and the monstrous Mrs. he should never cross - the succubus queen Shiklah! Enjoy Deadpool's newfound bromance with Wolverine and Captain America before it ends in tragedy, and head deep inside the darkest recesses of his mind to learn his Original Sin. With uproarious flashback tales revealing Wade's hidden history across the Marvel Universe, Posehn and Duggan work their magic on Deadpool's past and present - but will they leave him any future? Collecting DEADPOOL (2012) #1-45, DEADPOOL: DRACULA'S GAUNTLET #1-7 and DEATH OF WOLVERINE: DEADPOOL & CAPTAIN AMERICA #1.
Parental Advisory
In Shops: Dec 07, 2016
SRP: $100.00
ORDER WISH LIST