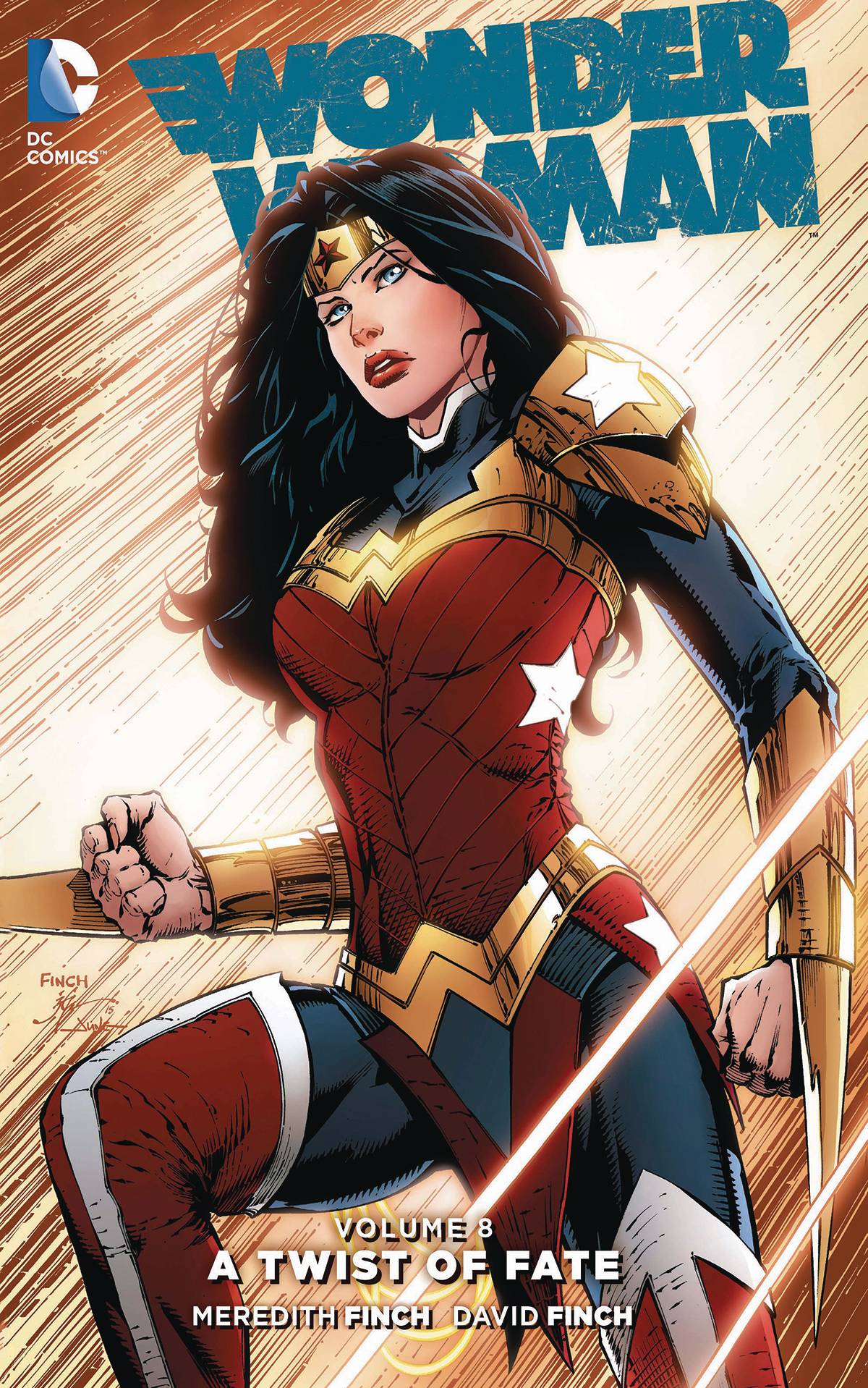 #
JUN160363
(W) Meredith Finch (A) Ian Churchill, Miguel Mendonca, Johnny Desjardins, Rick Bryant, Andrew Hennessy, Mark Irwin, Trevor Scott, Scott Hanna, Dexter Vines (A/CA) David Finch, Jonathan Glapion
A daring new direction begins with the arrival of a brand new villain in these stories from WONDER WOMAN #41-47! But while he may be new to us, he's not new to the world he seeks to tame. And speaking of villains, Donna Troy's quest to destroy Wonder Woman ratchets up another gear (if that's even possible!), while Wonder Woman is learning how to replace Ares as God of War. Plus, Donna Troy's fate becomes clear as she embarks on a journey that will either end her life or begin a new one, while Wonder Woman draws closer to the Amazon who tried to depose Diana as queen!
In Shops: Sep 14, 2016
SRP: $16.99
View All Items In This Series
ORDER WISH LIST