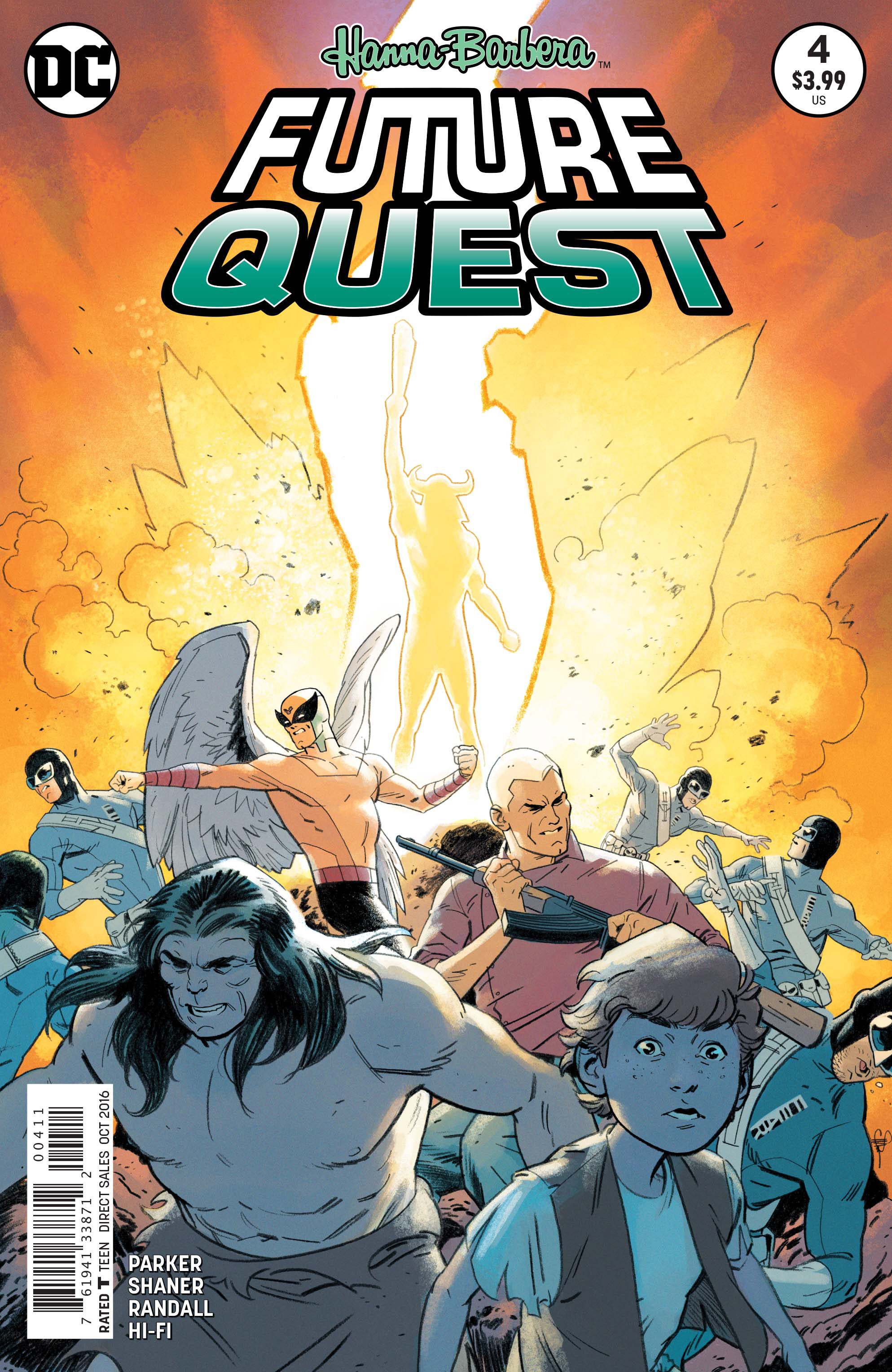 JUN160315
(W) Jeff Parker (A) Ron Randall, Jeff Parker (A/CA) Evan "Doc" Shaner
An earth-shattering power has come to life in the jungles of South America, and Team Quest and Birdman race the forces of F.E.A.R. to reach it first! There they find time ripped apart in a lost valley where dinosaurs and cavemen run wild once more as the ancient legend of Mightor is revealed! Only the shipwrecked aliens Jan and Jace hold the secrets of what fate awaits our world, but as a force led by Jezebel Jade attacks, what new hero will rise?
In Shops: Aug 31, 2016
SRP: $3.99
View All Items In This Series