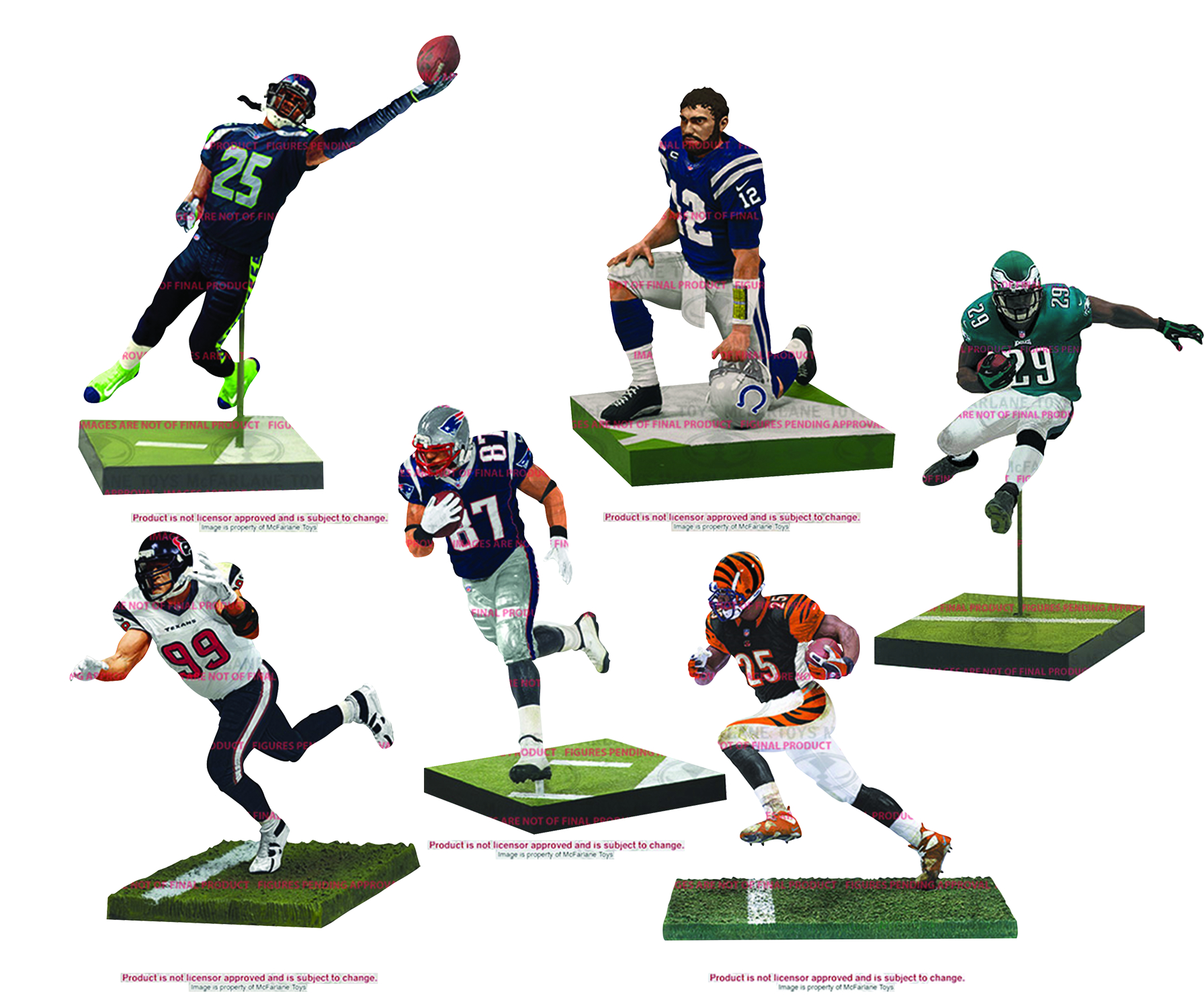 JUN158398
The NFL Series 36 lineup consists of two Super Bowl champions, a 2X Defensive Player of the Year, the leading rusher in the NFL last season, another standout running back, and a record breaking QB. Andrew Luck returns to the lineup in an all-new pose and his traditional home uniform after capping off another successful season for the Indianapolis Colts. Also back in the McFarlane lineup in all-new poses are JJ Watt, Rob Gronkowski, and DeMarco Murray. NFL 36 brings the SportsPicks Debut for two players: Giovani Bernard of the Cincinnati Bengals and Richard Sherman of the Seattle Seahawks. All players in NFL 36 will include a collector level version. Murray (Home Uniform) and Sherman (All Grey) will have a Bronze figure, while Luck (White Jersey) and Watt (All White) will be Silver level. Gronkowski will be seen in his classic uniform as a Gold level figure, and Bernard will be the sole All Star level figure, wearing his All Black uniform.
In Shops: Sep 09, 2015
SRP: $15.99
ORDER WISH LIST