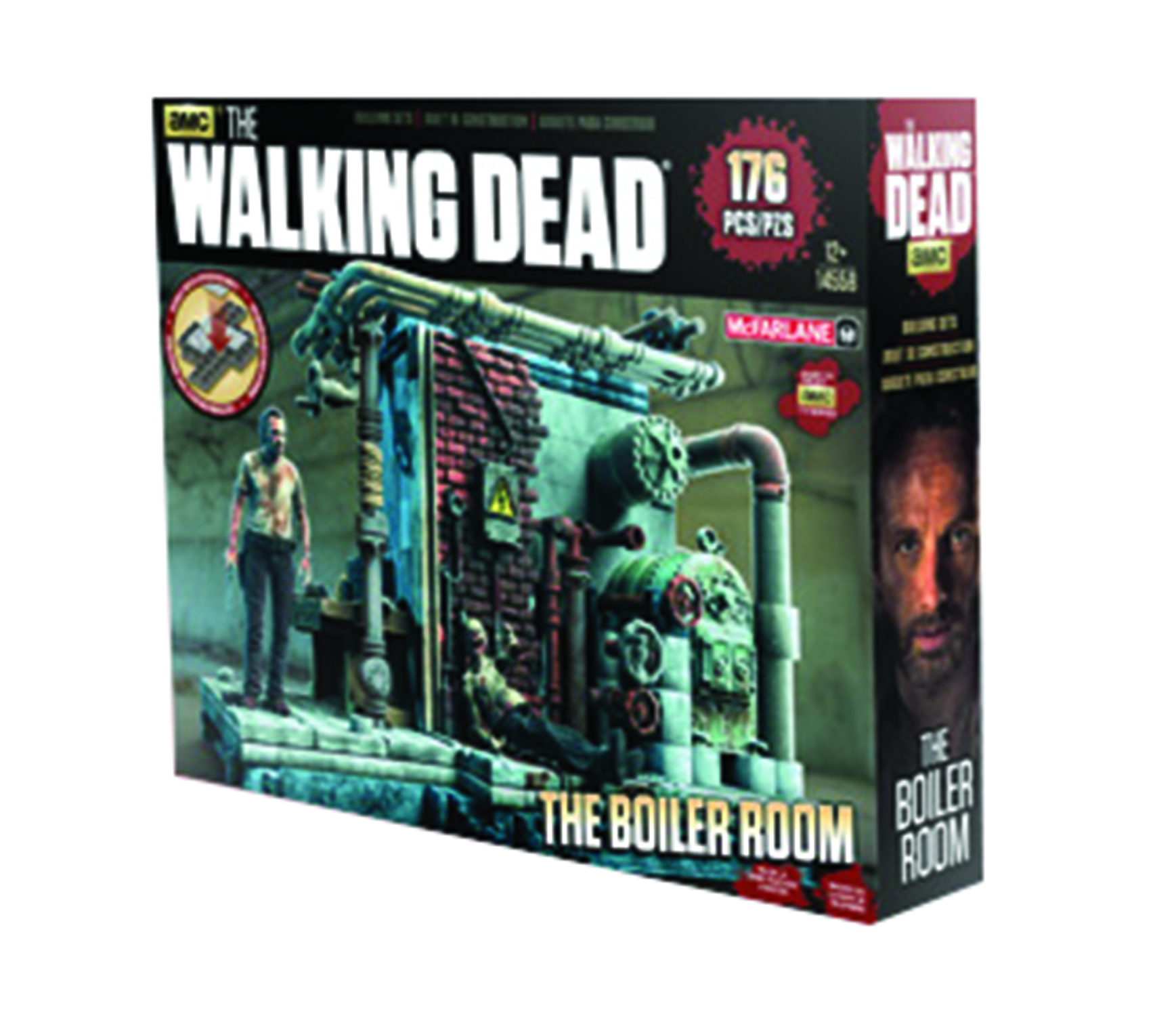 JUN158389
From McFarlane Toys. Rick Grimes spent plenty of time down in the Prison's boiler room during season 3 of AMC's The Walking Dead. This dreary room was the setting during his daughter's birth and wife's tragic passing. After learning of his wife death, Rick discovers a fat, lethargic walker sitting where his wife's corpse should be. After killing the walker ... again, Rick begins to be haunted by the imaginary cries of a baby and a ringing phone. Fans can now build the Prison Boiler Room construction set and recreate this emotional scene between Rick, a walker and a phone! Each construction set includes completely buildable boiler room scene environment with boiler, piping, valves, workshop bench and accessories, and Rick's iconic phone. Also contains Rick Grimes with pistol and lathargic seated Gorged Walker figures. The set, in total, is 176 pieces.