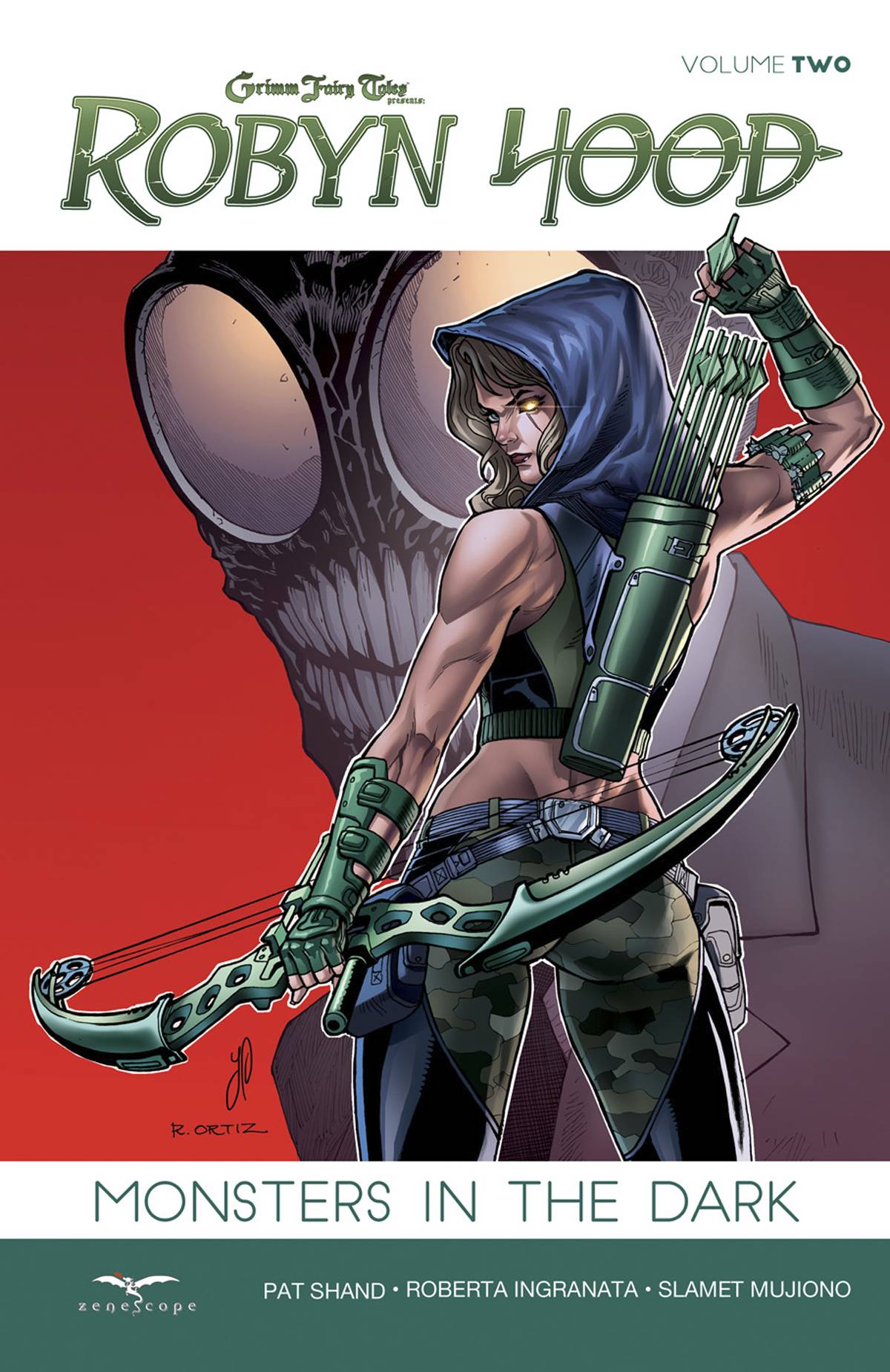 #
JUN151718
(W) Pat Shand (A) Roberta Ingranata
One year ago, Robyn Locksley was brought to Myst, a realm of swords and sorcery, to save the city of Nottingham from a great evil. Lives were lost and hearts were broken, but the war is finally over. Joined by Marian Quin-a witch who has, up until now, only known the ways of Myst-Robyn returns home to New York, ready to begin a new chapter in her life
However, beneath the shining lights of the city dwells a darkness that threatens to swallow the city whole. When Robyn finds herself targeted by a demonic cult, a man who can't die, and an ancient order called the Cabal, she discovers that the true face of New York City just might have fangs.
Collects Robyn Hood #7 - 12.
In Shops: Aug 19, 2015
SRP: $15.99
View All Items In This Series
ORDER WISH LIST