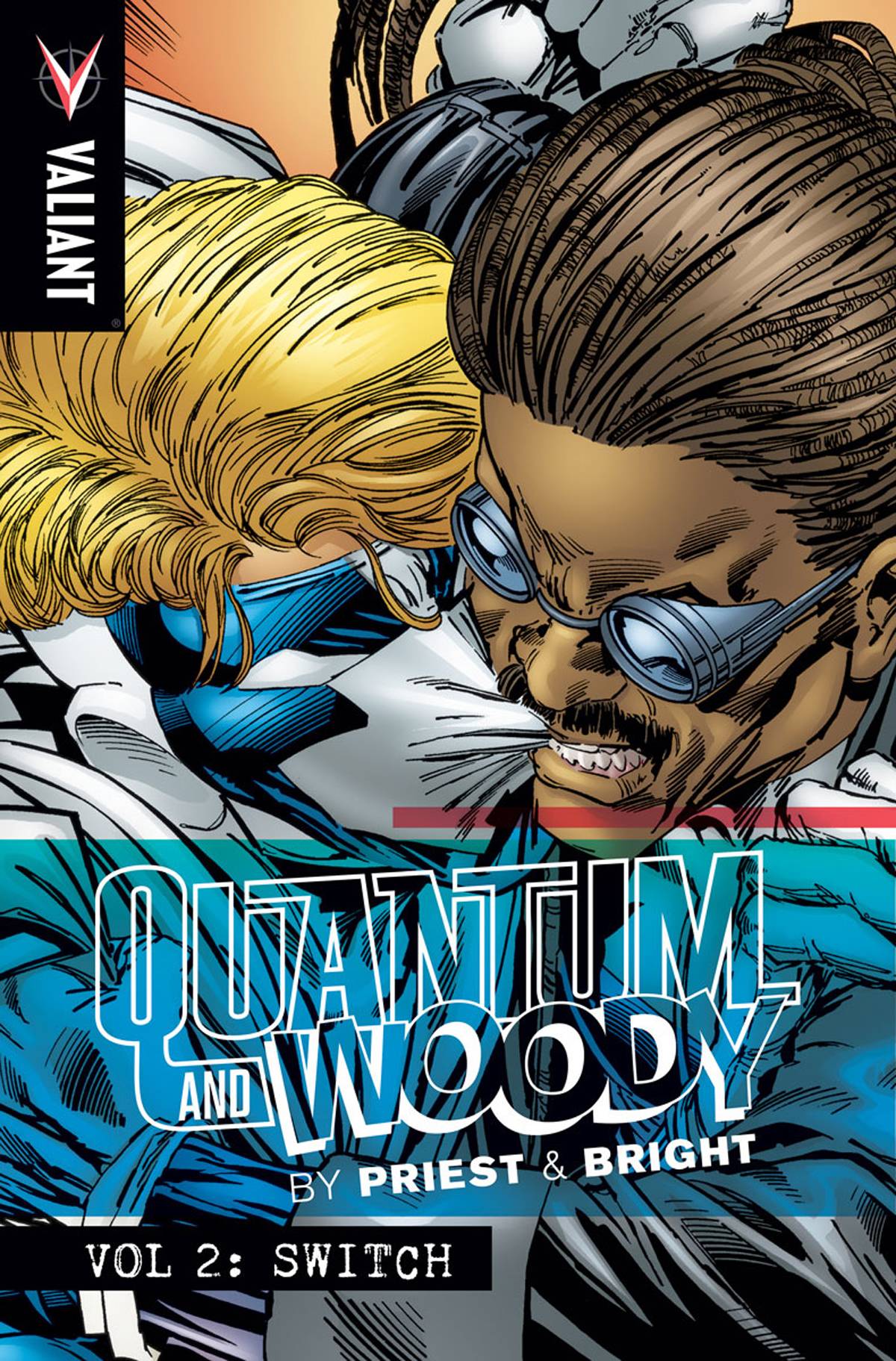 #
JUN151632
(W) Christopher Priest, MD Bright (A) Greg Adams, Kevin Kobasick, Alex Maleev, Keith Williams, Charlie Adlard, Claude St Aubin (A/CA) MD Bright
From legendary creators Christopher Priest (Black Panther, Deadpool) and MD Bright (Green Lantern, Iron Man) comes the next genre-colliding trade paperback collection of the complete adventures of the original world's worst superhero team! Once estranged friends, now reluctant crime fighting partners, Eric Henderson and Woody Van Chelton are making the best of things. Forced to "klang" their control bands together every 24 hours by the disastrous lab accident that gave them their powers or have their bodies' dissipate forever, the two have teamed up and shacked up with the people they get along with least - each other! But when bomb-wielding terrorists leave Woody at death's door and the experimental super-science procedure to save his life leaves Woody and Quantum trapped in each other's bodies, they'll have to put their differences aside and learn how to walk a mile in each other's shoes...literally. Collecting QUANTUM AND WOODY (1997) #8-13 and THE GOAT: H.A.E.D.U.S. #1, along with rarely seen materials from QUANTUM AND WOODY: HOLY S-WORD WE'RE CANCELLED TP.
In Shops: Sep 30, 2015
SRP: $19.99
View All Items In This Series
ORDER WISH LIST