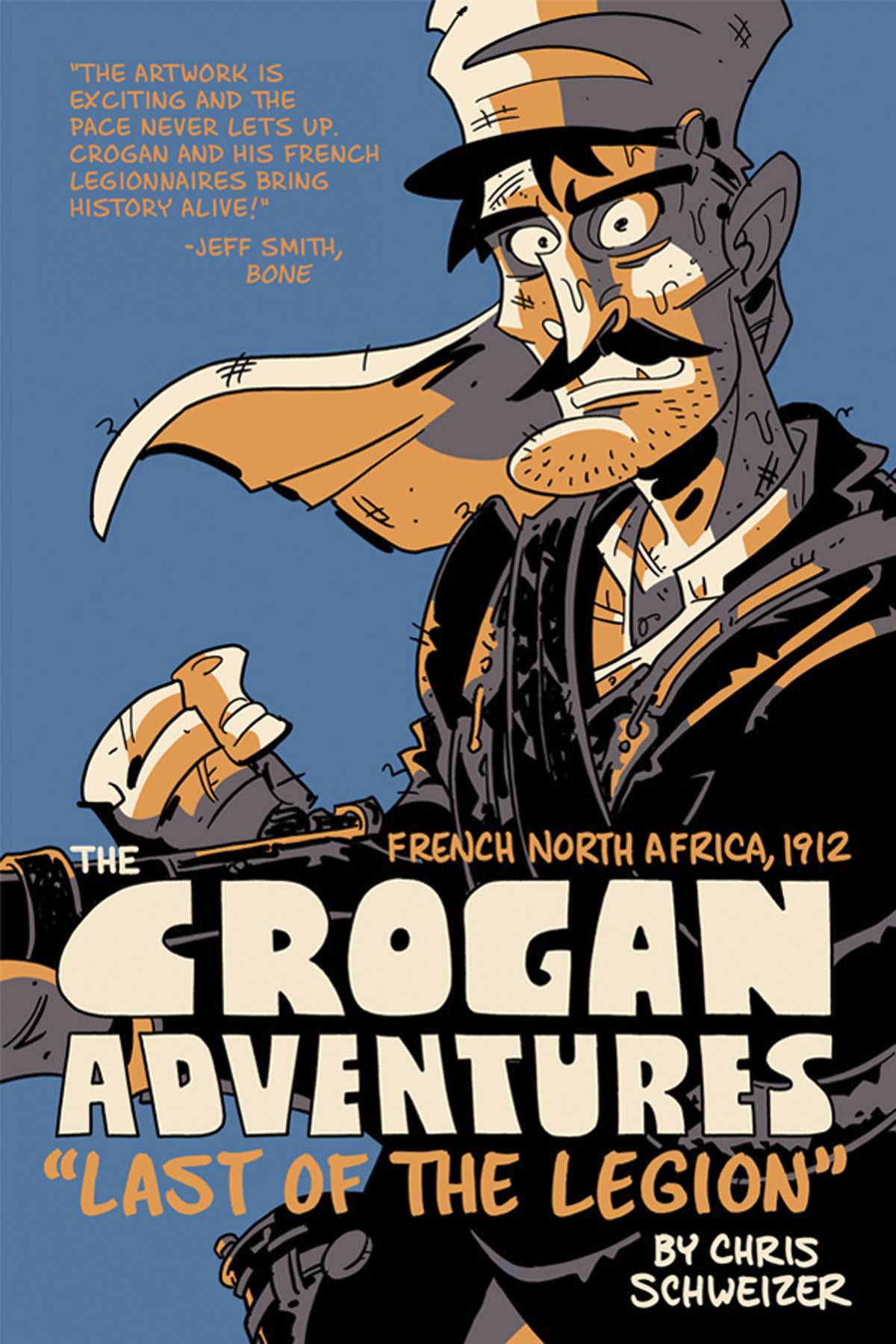 #
JUN151450
(W) Chris Schweizer (A/CA) Chris Schweizer
Chris Schweizer's award-winning historical adventure series continues in this new full-color edition of Five Years' Service. When Legionnaire Peter Crogan loses a friend and comrade to a violent sand storm, he is forced to make a tough choice. Should he wait out the rapidly approaching end of his five-year term of service with the French Foreign Legion, or should he accept an offer of promotion and devote his life to a campaign whose purpose is an enigma to him? Crogan won't have much time to consider his options as he's besieged by the armies of the infamous Tuaregs, under attack from desert raiders, beat down by the relentless heat, and trapped in a cave with a mysterious and terrible creature that is picking off the people in his party one-by-one...
In Shops: Dec 02, 2015
SRP: $17.99
View All Items In This Series