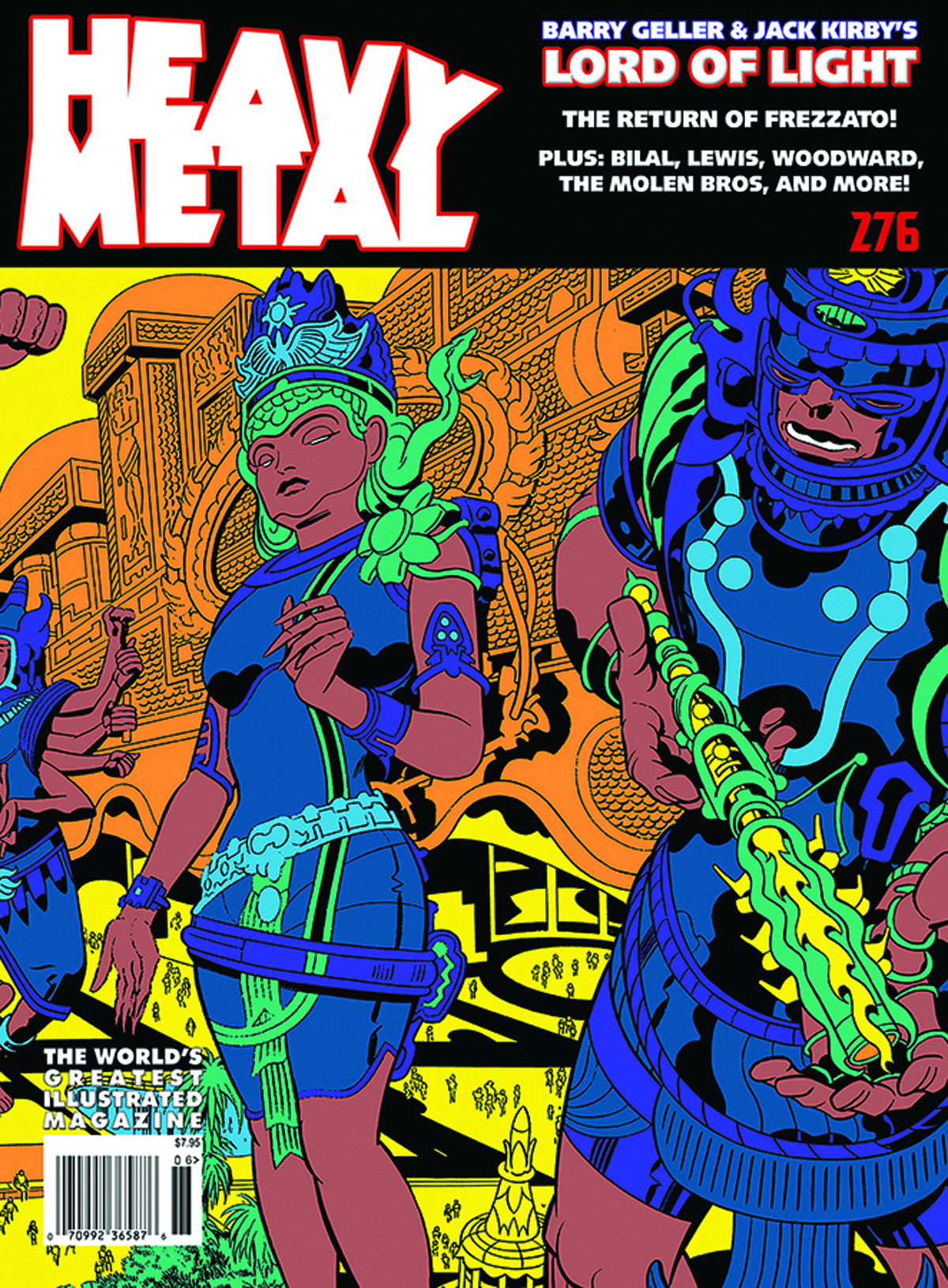 JUN151380
(W) Various (A) Various (CA) Jack Kirby
Jack Kirby and Heavy Metal for the first time ever! August sees the cosmos-altering team-up of two of comics legendary forces: we're beyond proud to present the King of Comics' mind-blowing artwork in the pages of our hallowed (and now humbled) magazine, taken from Barry Geller & Jack Kirby's "Lord of Light." These Pieces by Geller & Kirby, mostly unseen before now, are part of American history as they were the artwork used by the CIA for Operation: Argo, which helped free American embassy workers during the Iranian coup in 1979.  Also featuring all-new, eye-scorching color by some of the best toners in the biz! We're also super psyched to welcome back Max Frezzato to the fold, crushing it in an epic 47-page graphic novel! Plus Bilal, Erika Lewis' "The 49th Key", the Molen Bros., and more!
In Shops: Sep 02, 2015
SRP: $7.95
View All Items In This Series
ORDER SUBSCRIBE WISH LIST