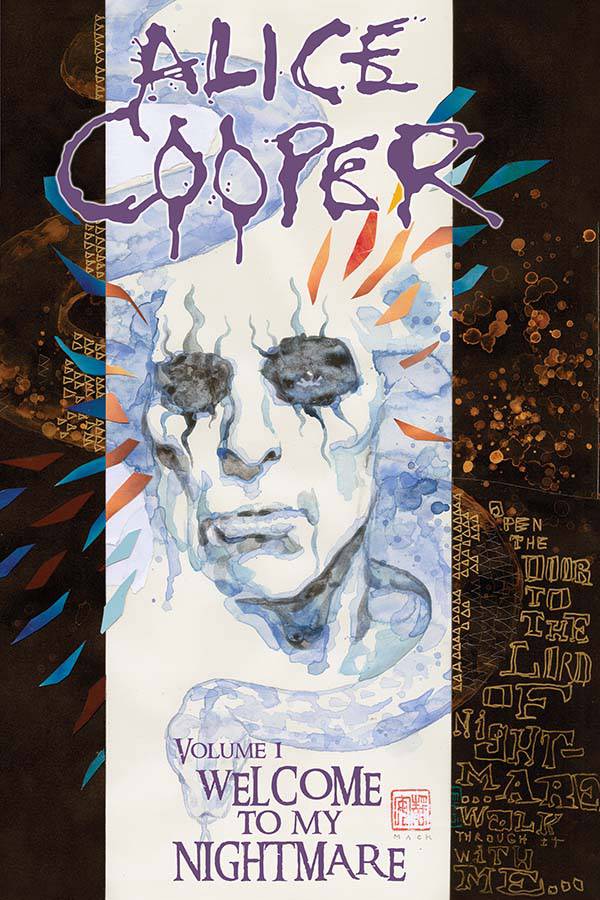 #
JUN151220
(W) Joe Harris, Brandon Jerwa (A) Eman Casallos, Nacho Tenorio (CA) David Mack
Rock n' roll legend Alice Cooper has never been a stranger to the mystic and the macabre. His stage shows were the stuff of legend, featuring snakes and pyrotechnics, the invocation of dark themes and darker forces. But while he was a legend in the waking world, few knew his service as "The Lord of Nightmares" beyond it, where he watched over us while we dreamed, and delivered horrors unto the deserving. Only someone took it all away from him, cast him out of his realm, and locked him away. No longer enslaved to the Clan Black, Alice Cooper will reclaim his dark throne at all costs. All hail the Godfather of Shock Rock! This mind-bending collection includes the complete six-issue Dynamite comic book series, plus Alice Cooper's first-ever comic book appearance from Marvel Premiere #50, featuring the creative talents of Alice Cooper, Jim Salicrup, Roger L. Stern, Ed J. Hannigan, and Tom F. Sutton, fully remastered!
In Shops: Aug 19, 2015
SRP: $24.99
View All Items In This Series