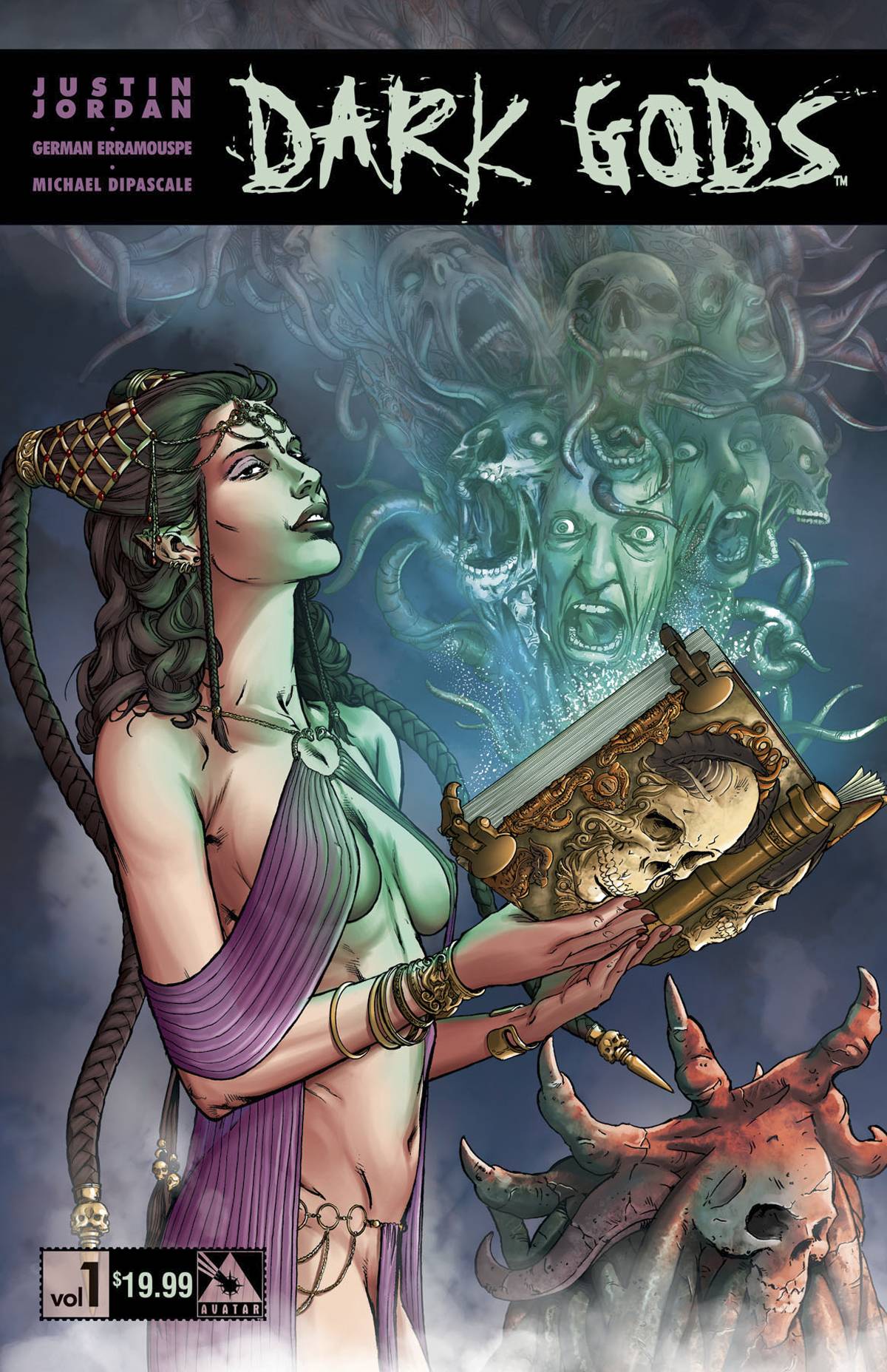 #
JUN151005
(W) Justin Jordan (A) German Erramouspe, Michael DiPascale (CA) Christian Zanier
Justin Jordan is unleashing some ancient evil!   For millennia the human race has felt safe in its orderly world never imagining the chaos that lurks just outside the boundaries of reality.  The mysterious Murdock leads The Storm, a group of heroes that are humanity's last line of defense against the brewing Primordial Chaos and The Serpent, Tiamat herself!  Her hideous monster children slowly emerge ahead of Tiamat's return as human-creature hybrids set upon inflicting horrors in their wake and preparing the world to submit to the ultimate force of chaos. The Storm has to prevent this invasion, stop the rest of humanity from breaking into panic, and hold back the flood of horrors that come with the return of the original evils, the Dark Gods themselves!   This volume collects the Dark Gods #1 - 6 comic book series.
In Shops: Aug 12, 2015
SRP: $19.99
View All Items In This Series
ORDER WISH LIST