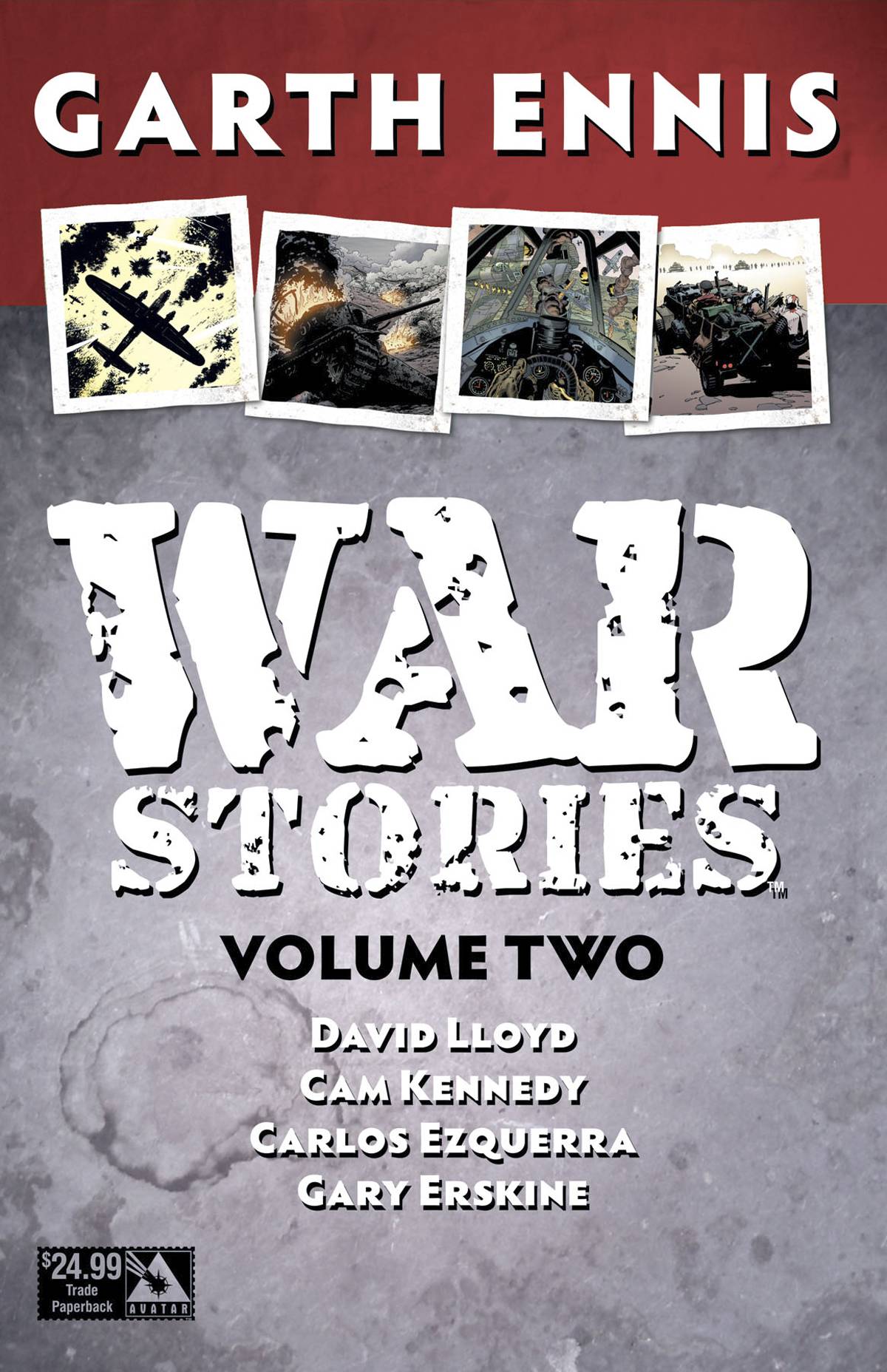 #
JUN151004
(W) Garth Ennis (A) David Lloyd, Cam Kennedy, Carlos Ezquerra, Gary Erskine
A new re-mastered edition of the second volume of the original War Stories, written by Garth Ennis (Preacher, Crossed, The Boys) and featuring art by some of comics' all-time greats.  Volume 2 features: "J for Jenny"-Drawn by David Lloyd (V for Vendetta). The nightly operations of an RAF Lancaster bomber are dangerous enough, but discord among the crew could mean their end; "The Reivers"-Drawn by Cam Kennedy (Rogue Trooper). In the western desert, an SAS patrol wreaks in night-time raids against German units- but their leader holds a dark secret all his own; "Condors"-Drawn by Carlos Ezquerra (Judge Dredd). During the brutal Spanish Civil War, four soldiers from four different armies find they have a lot in common- but not quite enough to end the conflict; "Archangel"-Drawn by Gary Erskine (Dan Dare). A down on his luck RAF pilot runs afoul of his commanding officer, and ends up "volunteering" for a terrifying one-way trip. Features an afterword by Ennis in which the real-life inspiration for the stories is revealed.
In Shops: Sep 02, 2015
SRP: $24.99
View All Items In This Series
ORDER WISH LIST