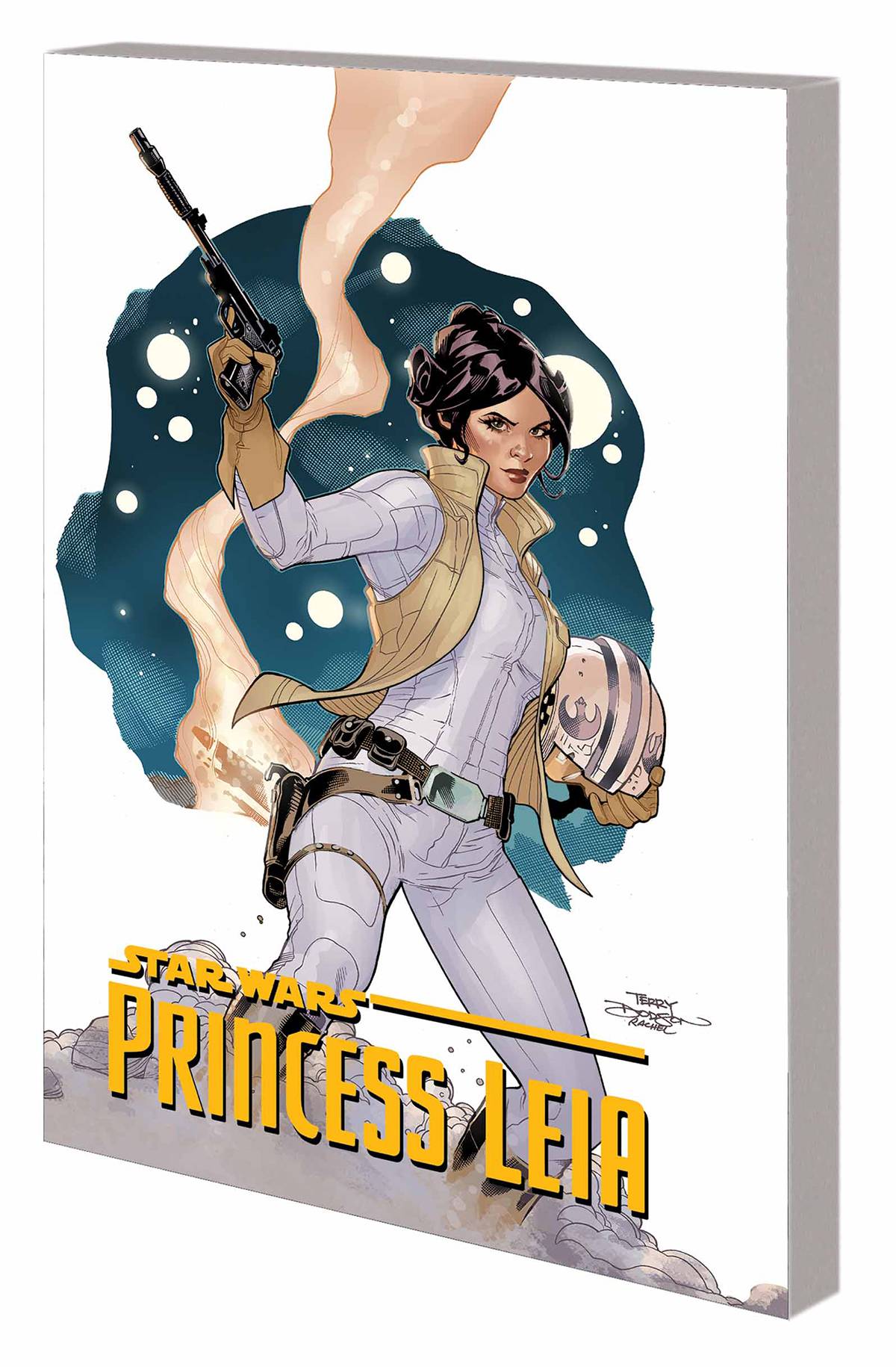 #
JUN150822
(W) Mark Waid (A/CA) Terry Dodson
When Princess Leia Organa was captured by the Empire, she never betrayed her convictions - even after the complete destruction of her home world, Alderaan. When her rescue came, Leia grabbed a blaster and joined the fight, escaping back to the Rebel Alliance and helping strike the biggest blow against the Empire - destroying the Death Star! But in the aftermath of that victory, the question remains: What is a princess without a world? As Leia grapples with her loss, a new mission leads her to the underground world of Sullust. The Empire is rounding up fugitive Alderaanians, and that doesn't sit well with their Princess! But what can one woman do against the Galactic Empire? They're about to find out! Join the galaxy's toughest Princess on a quest to save her people and rebuild her life! Collecting PRINCESS LEIA #1-5.
Rated T
In Shops: Nov 04, 2015
SRP: $16.99
ORDER WISH LIST