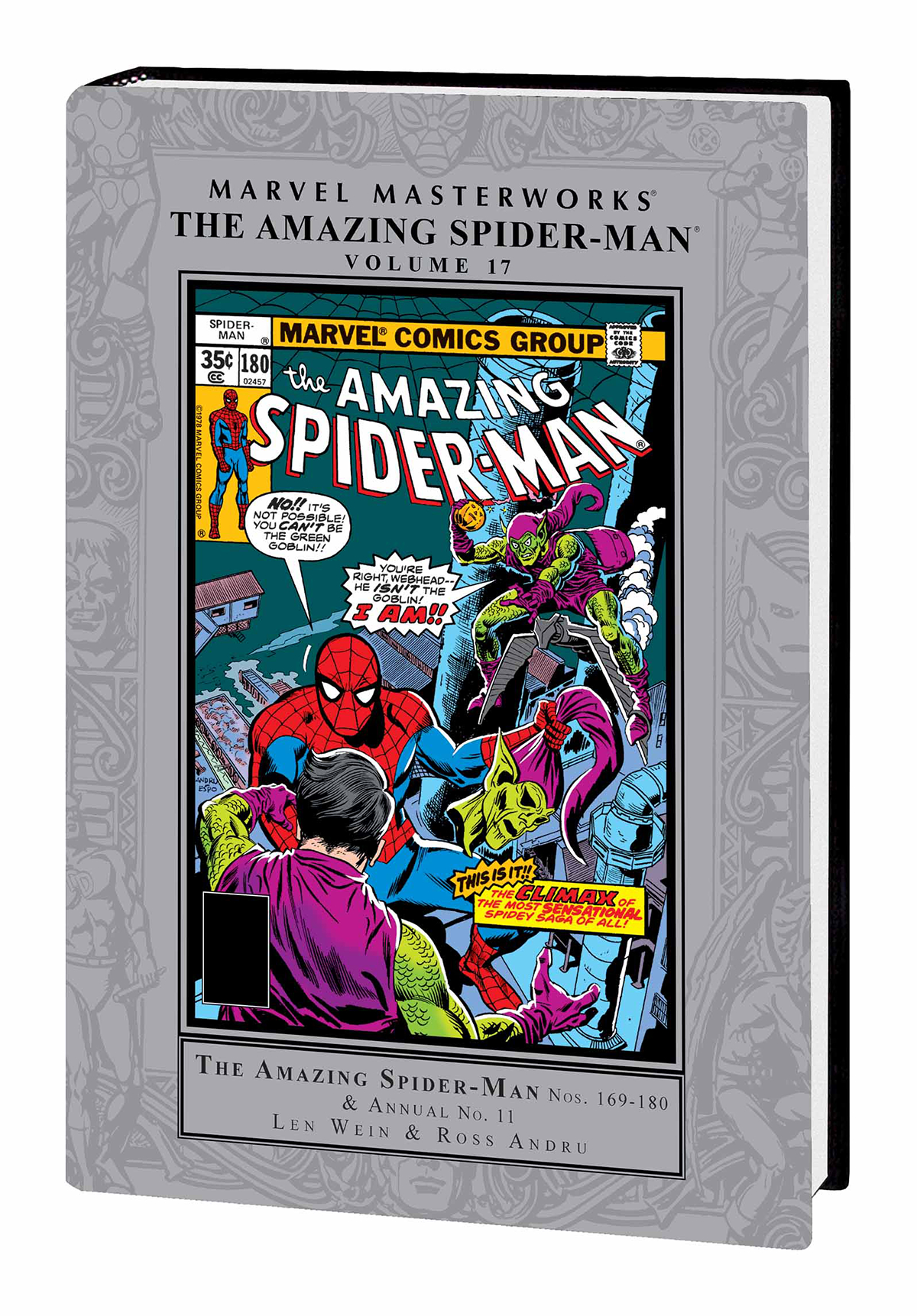 JUN150819
(W) Various (A) Don Perlin (A/CA) Ross Andru
J. Jonah Jameson has Peter Parker pegged as Spider-Man. Doctor Faustus is set to drive our hero insane. The Molten Man is back. The Punisher is back in town. And that's just the warmup for the return of the Green Goblin in the conclusion of Len Wein's celebrated AMAZING SPIDER-MAN run! When the Goblin strikes, all bets are off. Spider-Man's secret identity, the lives of Aunt May and Mary Jane - everything is on the line in the five-issue epic that will have you turning pages like there's no tomorrow! Also featuring a team-up with Nova, the first appearance of Rocket Racer, the return of the crime boss Silvermane, and an Annual adventure with more spiders than men! Collecting AMAZING SPIDER-MAN (1963) #169-180 and ANNUAL #11, NOVA (1976) #12, and material from MARVEL TREASURY EDITION #14.
Rated T
In Shops: Dec 16, 2015
SRP: $75.00
View All Items In This Series
ORDER SUBSCRIBE WISH LIST