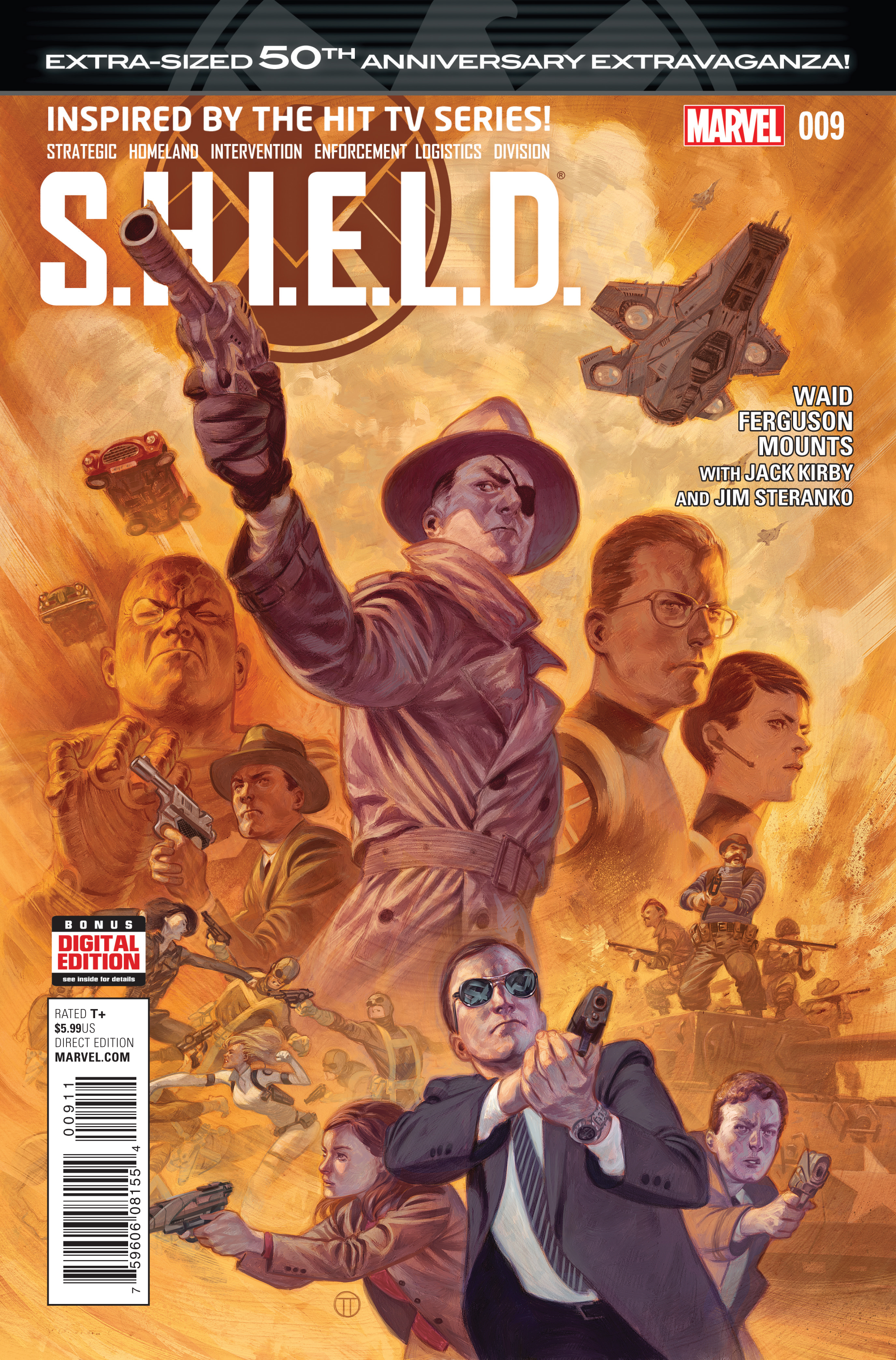 JUN150809
(W) Mark Waid, Al Ewing, Stan Lee (A) Jack Kirby, Lee Ferguson, Jim Steranko, John Severin, Stefano Caselli, Dick Ayers (CA) Julian Totino Tedesco
Oversized Anniversary Issue! Waid! Ferguson! Kirby! Steranko!
•  A commemorative 50th Anniversary story that spans the past and the present, and unites Phil Coulson and Nick Fury, Sr. in a unique cross-time adventure to answer a riddle that lies at the heart of the origins of SHIELD: who is The Man Called D.E.A.T.H.? Includes a sequence penciled by Jack Kirby and inked by Jim Steranko that has never seen print as part of a story before!
•  Plus: The return of Dum Dum Dugan and the birth of the new Howling Commandos! The very first SHIELD story from 1965! And the pilot presentation sequence that inspired the creation of SHIELD!
Rated T+
In Shops: Aug 26, 2015
SRP: $5.99
View All Items In This Series