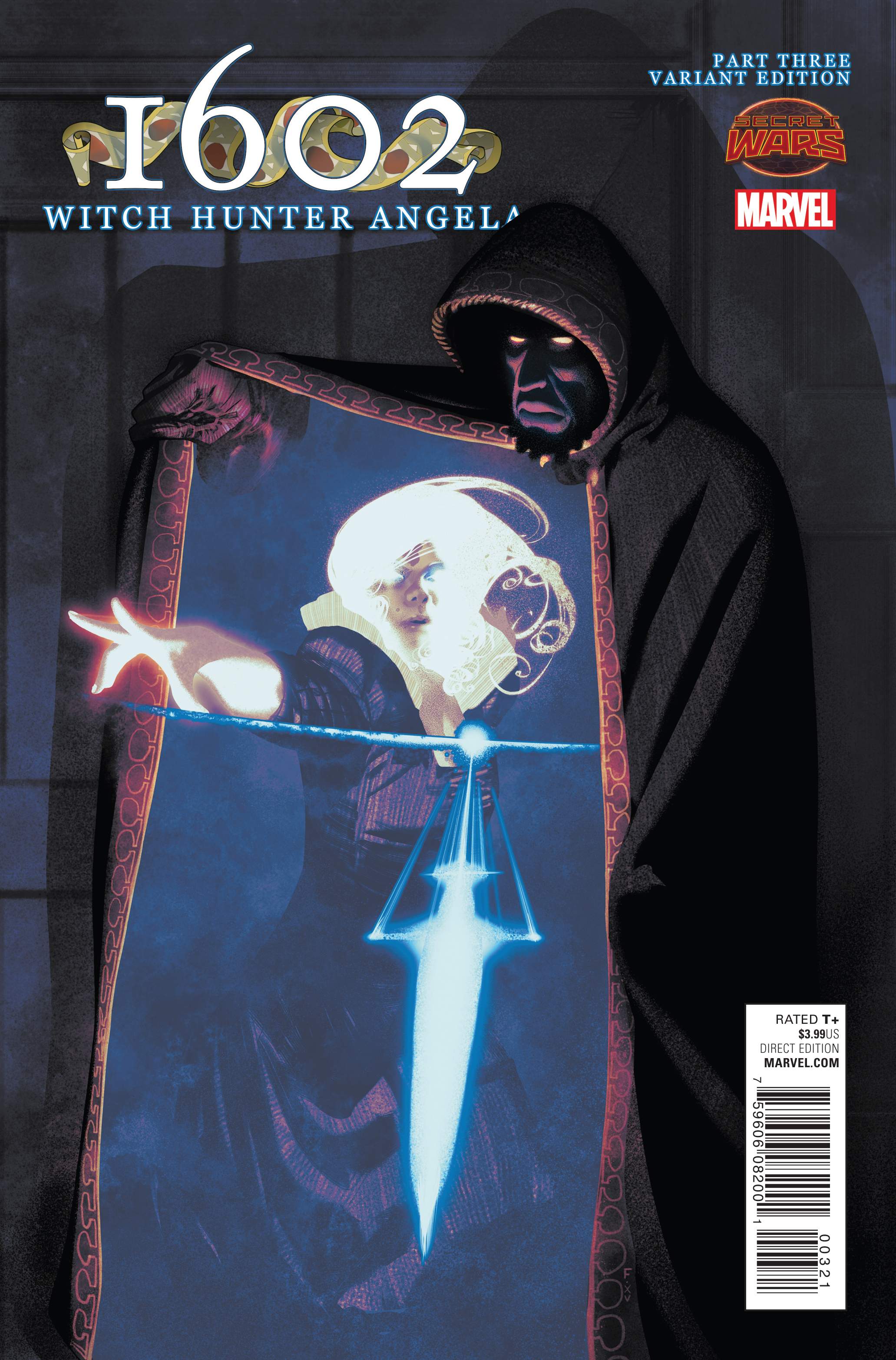 JUN150755
(W) Marguerite Bennett, Kieron Gillen (A) Stephanie Hans (A/CA) Frazer Irving
"IN WHICH HEARTS REND AND HEADS ROLL"
•  Enchantress's prophecy strangles Angela and Sera from all sides when they are forced to ride hell (and a few other realms, too) for leather to the distant coast.
•  In a haunted castle, a tormented witchbreed girl named Anna Maria - a.k.a. the 1602 Rogue - makes a deadly deal - with a shocking price!
•  Kieron and Frazer Irving bring to life the first tale Angela tells that is her very own - as the forces of Faerie close in!
Rated T+
In Shops: Sep 09, 2015
SRP: $3.99
View All Items In This Series