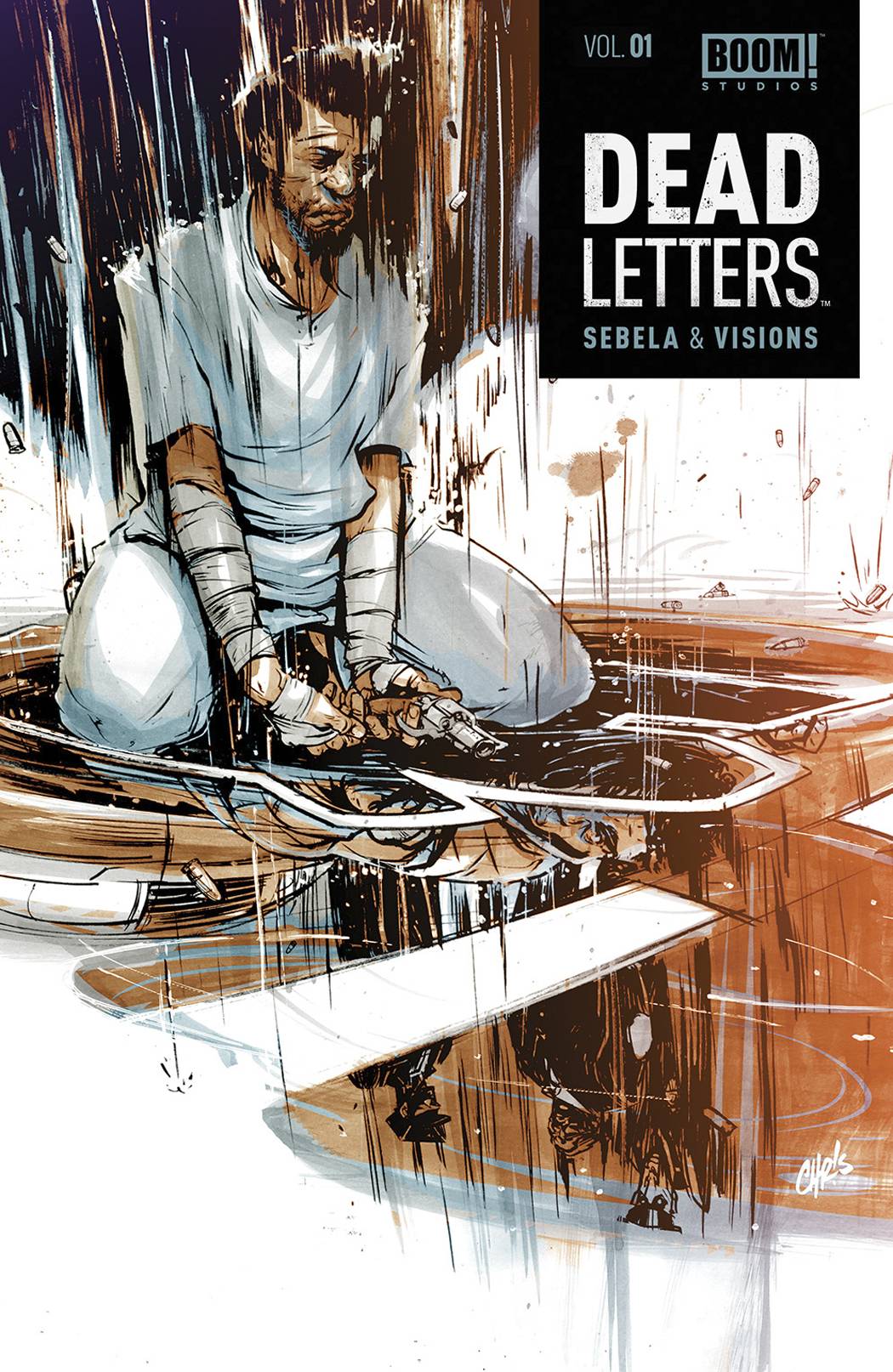 #
JUN140937
(W) Christopher Sebela (A/CA) Chris Visions
WHY WE LOVE IT: Here at BOOM! Studios, crime is in our blood. From our comic-turned-feature film 2 GUNS to our critically acclaimed series HIT, we've always had a
passion for all things noir. DEAD LETTERS is the next step in our exploration of the genre.
WHY YOU'LL LOVE IT: Creators Christopher Sebela (Ghost, High Crimes) and new-comer Chris Visions have combined to create a perfectly moody tale that will evoke memories of your
favorite noir story-then turn it on its head. Don't miss out on a wholly unique take on crime
fiction perfect for fans of Richard Stark's Parker, Criminal, and Fell. "Christopher Sebela
writes this thing to damn near perfection. ...overall, this book looks supreme." IGN

WHAT IT'S ABOUT: Waking up in a fleabag motel with bandaged arms and a revolver on his
desk, Sam doesn't remember a thing-not how he got here, where here is, or who he is. But the
armed men knocking on his door do and Sam will have to use every trick from his forgotten
repertoire to outrun and outsmart his way through a hard-boiled wonderland of gang wars,
femme fatales, and big secrets. Collects issues #1-4.
In Shops: Aug 20, 2014
SRP: $9.99
View All Items In This Series
ORDER WISH LIST