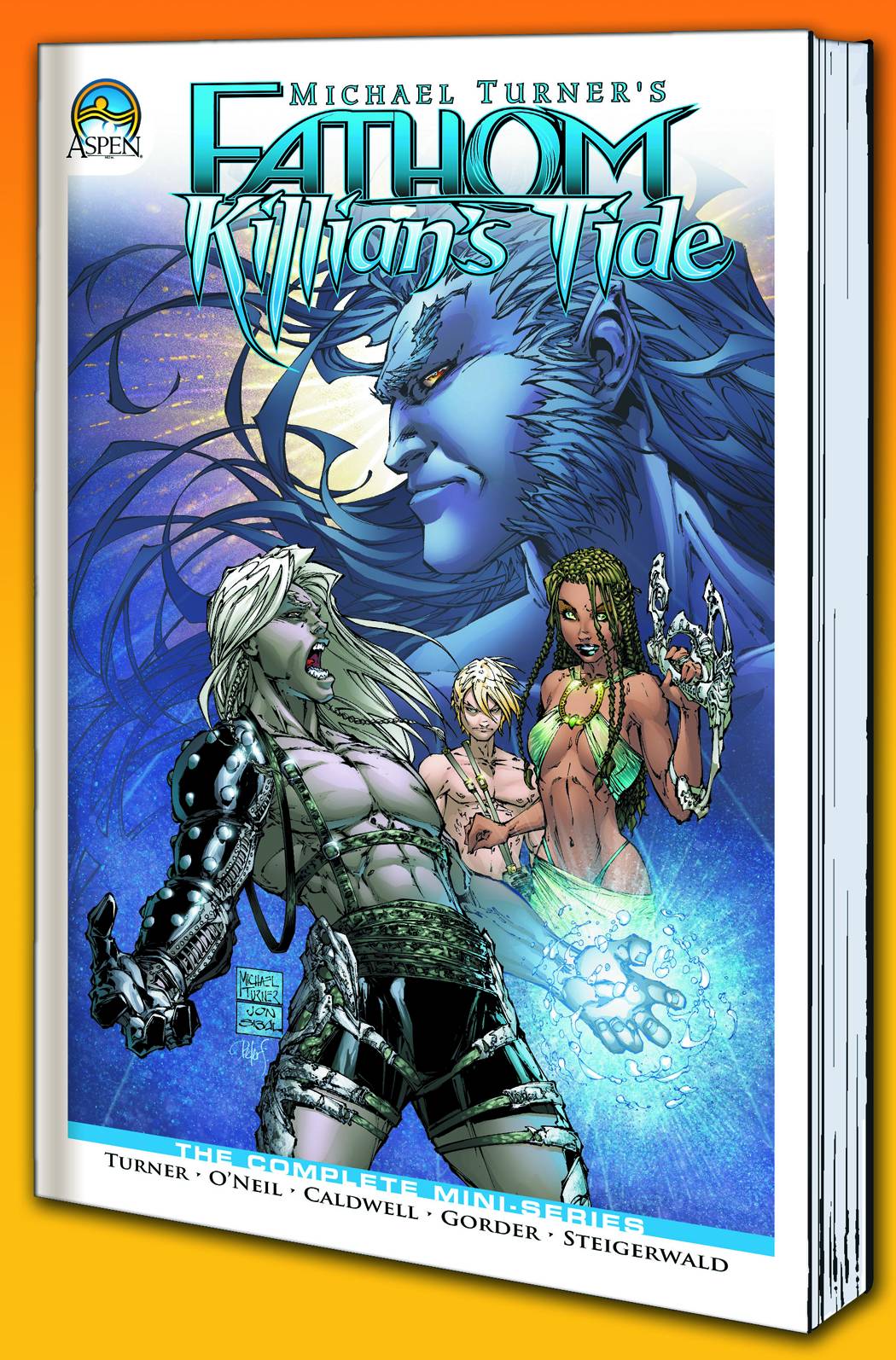 #
JUN140836
(W) Michael Turner, Bill O'Neil, Vince Hernandez (A) Talent Caldwell, Ryan Odagawa, Jason Gorder
Discover the treacherous origin of Killian, Fathom's original villain-turned-Elite Commander of the Blue! Years before the events of Fathom Volume 1 and his failed attempt to convert Aspen Matthews, a much younger Killian learned the true nature of rebelling against the Blue's resident Elite Council, as well as what it takes to motivate others to his cause-including his lover and future wife, Anya. However, the youthful dissident soon realizes the tremendous cost of such insolence-and the bloody sacrifice that follows! Including the sold out Killians Tide mini-series and the one-shot follow-up to this acclaimed story arc, "Killian's Vessel," this is a must-have for any Fathom fan!
In Shops: Aug 02, 2017
SRP: $12.99