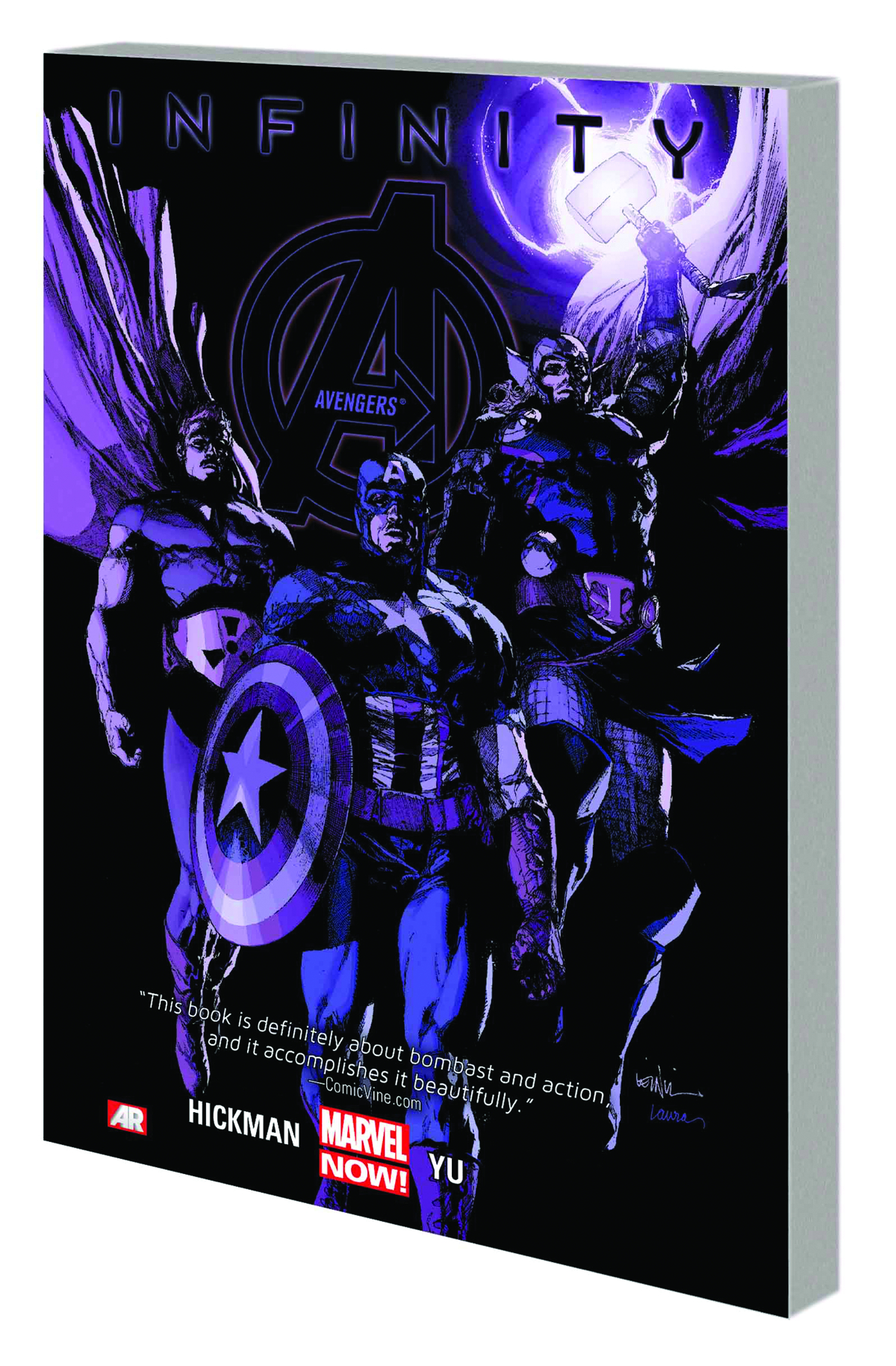 JUN140741
(W) Jonathan Hickman (A/CA) Leinil Francis Yu
The battle for the Marvel Universe continues here! Deep in space, the Avengers join the intergalactic fight against cosmic invaders on a collision course with Earth. The Builders have already decimated the forces of the mighty Skrull Empire - so what chance do even Earth's Mightiest Heroes stand? And when betrayal strikes the Council of Worlds and the Avengers find themselves prisoners of war, one last desperate plan is hatched! Galactic empires fall and rise - and as Earth is targeted, the Avengers race back to their own solar system. But will they be in time? Collecting AVENGERS (2012) #18-23.
In Shops: Sep 17, 2014
SRP: $19.99
View All Items In This Series