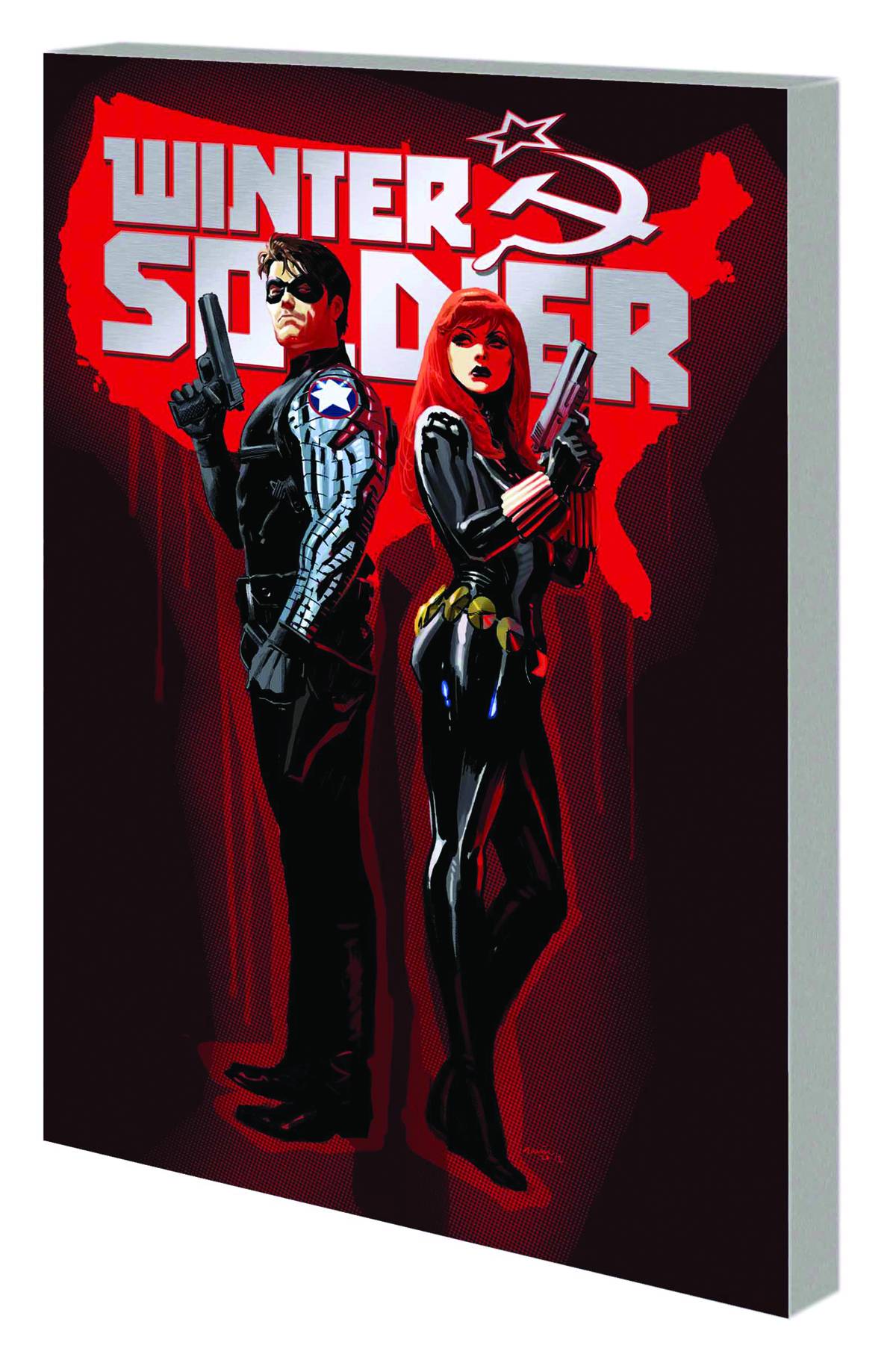 #
JUN140731
(W) Ed Brubaker (A) Butch Guice, Michael Lark (CA) Daniel Acu?a
He's been Bucky and Captain America - now, James Barnes returns to the role of the Winter Soldier! When ex-Russian sleeper agents awaken, the trail leads to Latveria, and Winter Soldier and the Black Widow come face-to-face with Dr. Doom! Can Marvel's super-spies prevent war with Latveria? Can Bucky stop the sleepers he himself trained? Old enemies resurface with new identities, and Winter Soldier and Black Widow's hunt gets personal in the aftermath of a savage murder. Now, Winter Soldier must save the Widow from her own past! But even with help from Avengers teammates Wolverine, Captain America and Hawkeye, Bucky must decide whether he is willing to sacrifice everything to save his love. Master CAPTAIN AMERICA writer Ed Brubaker wraps up his critically acclaimed run here - and no one escapes unscathed! Collecting FEAR ITSELF #7.1: CAPTAIN AMERICA and WINTER SOLDIER #1-14.
In Shops: Sep 10, 2014
SRP: $29.99
ORDER WISH LIST