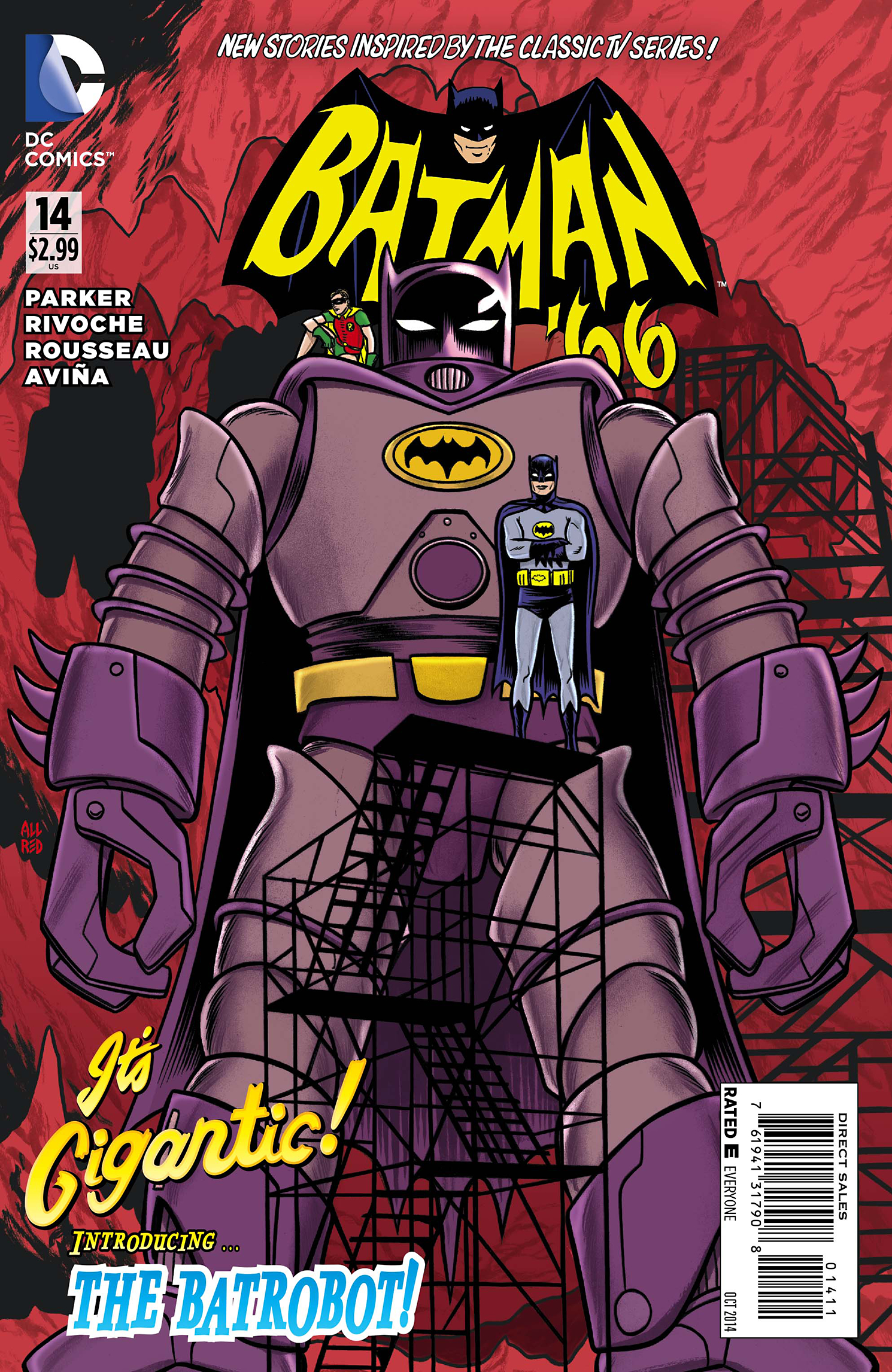 JUN140251
(W) Jeff Parker (A) Paul Rivoche, Craig Rousseau (CA) Michael Allred
Crime never sleeps, but even Batman can't be on call 24-7. So the Caped Crusader introduces an ally who never needs rest: a futuristic Bat Robot! Astounding both Gotham City's criminals and its police force, the chrome-plated crimefighter proves to be incredibly efficient. So much so that a dreaded question must be asked: Is it time for Batman and Robin to retire?
In Shops: Aug 27, 2014
SRP: $2.99
View All Items In This Series