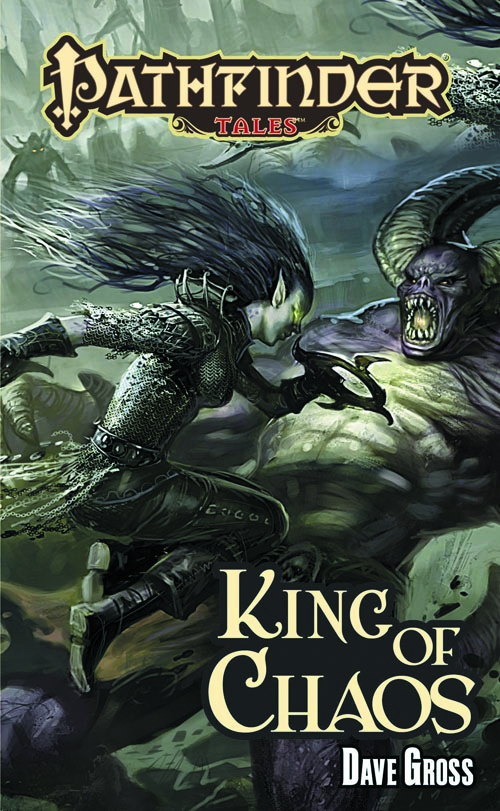 JUN132393
(W) Dave Gross
After a century of imprisonment, demons have broken free of the wardstones surrounding the Worldwound. Gathering an unlikely group of allies, Count Varian Jeggare and his hellspawn bodyguard Radovan desperately search the ruins of a fallen nation for a magical text containing the rituals that first opened the gate to the Abyss, hoping it also contains the secret to closing it. At the same time, however, the heroes find themselves facing off against attacks from unexpected foes, as both the pious crusaders heading the world's defenses and Varian's undying nemesis also vie for control of the lost text. As they fight across a broken land of cultists, fiends, and monsters, Radovan and Varian must make hard choices that could help save the world - or destroy it completely! From fan-favorite author Dave Gross comes a new adventure set in the award-winning world of the Pathfinder RPG. King of Chaos takes place during the events of the Wrath of the Righteous Adventure Path, making this book a perfect aid for Game Masters and players in that campaign!
In Shops: Aug 28, 2013
SRP: $9.99