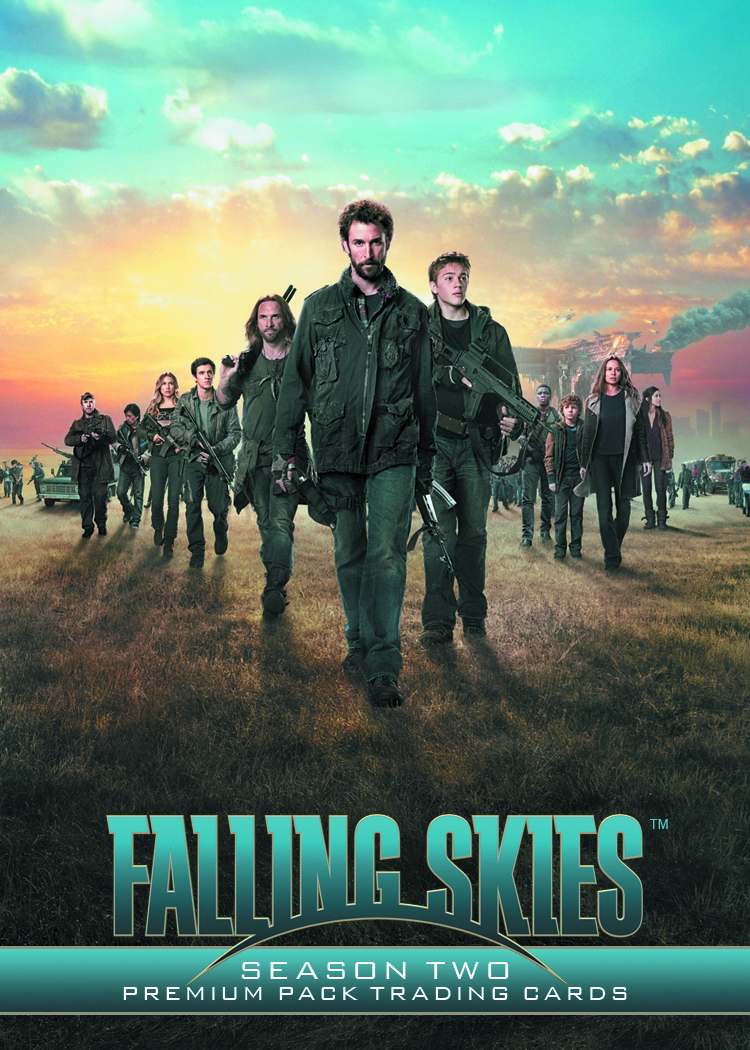 JUN131527
This all-new trading card series spotlights all 10 episodes from the second season of the highly-rated TNT series, Falling Skies! Each pack of Falling Skies premium trading cards will include one (1) autograph and two (2) relic cards. The list of signers includes the entire starring cast: Noah Wyle, Moon Bloodgood, Will Patton, Drew Roy, and many others, plus guest-stars like Terry O'Quinn, Billy Wickman, and more. The relic cards include materials worn by the series' stars. The set includes 30 episode cards, with 3 cards per episode, 9 "quotable" cards, and 9 international poster cards. Then, store your cards in the official collector's album which comes with a bonus promo card available nowhere else! 7 cards per pack, 15 packs per box.
In Shops: Aug 28, 2013
SRP: $49.99