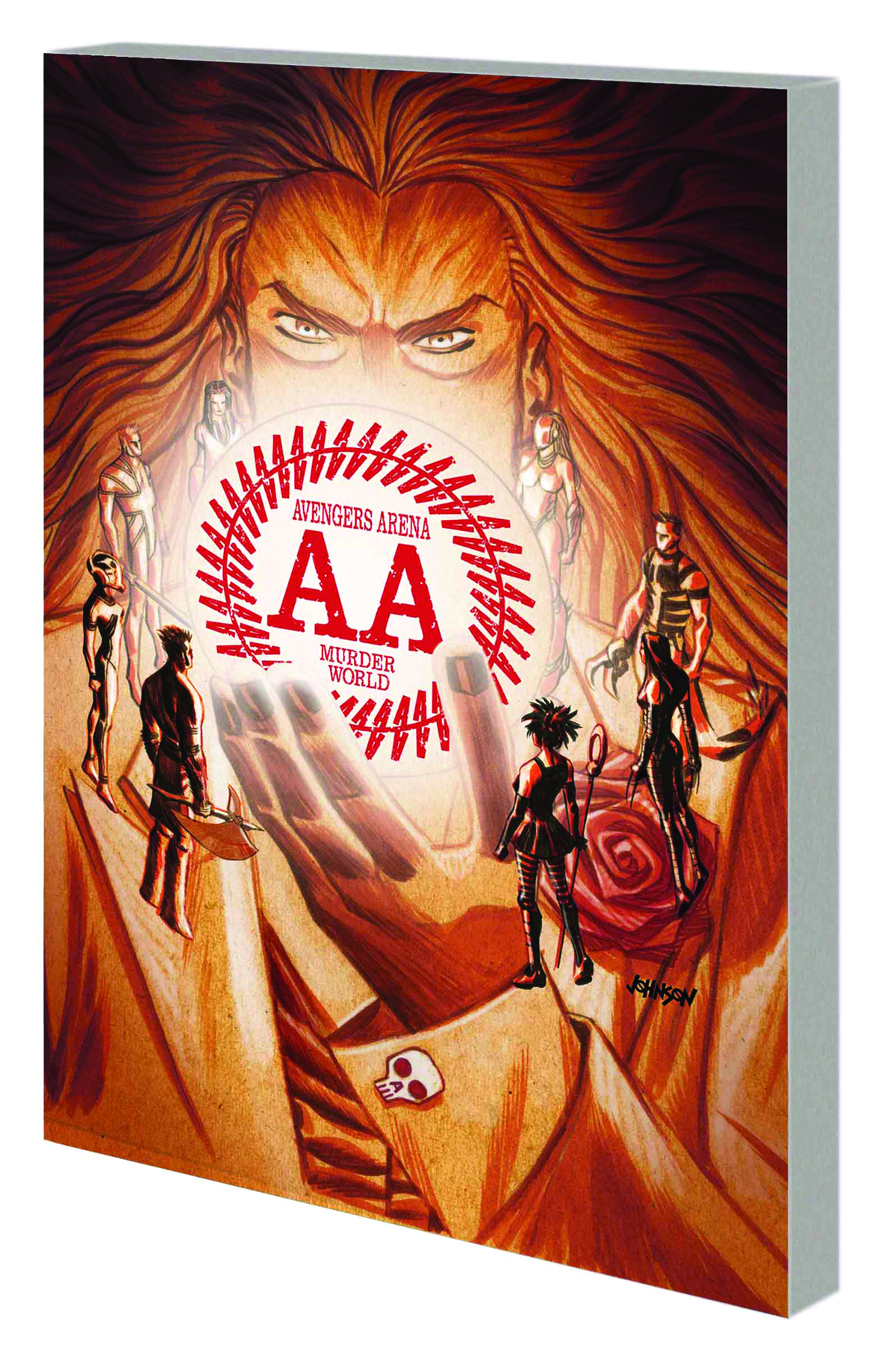 JUN130684
(W) Dennis Hopeless (A) Alessandro Vitti, Kev Walker (CA) Dave Johnson
What are X-23's secrets? What is Darkhawk's big reveal? Secrets explode, alliances shatter, and Apex - the mean girl you love to hate - makes her move as the next chapter of the Arena's deadly game begins and the contest continues to take its toll! And as Nico makes a valiant stand against Sentinel, Hazmat strikes up a startling new romance - with Reptil?! Apex squares off in a bloody battle against an unexpected opponent, Death Locket gets a shocking eyeful, and Arcade...makes popcorn. What a jerk! The game is on, the stakes are raised, and the body count is rising! Plus: The history of Arcade is revealed! How did the former punchline become the sadistic scene stealer who now torments Marvel's teen heroes? Find out in this shocking behind-the-scenes story! Collecting AVENGERS ARENA #7-12.
In Shops: Sep 11, 2013
SRP: $15.99
View All Items In This Series
ORDER WISH LIST