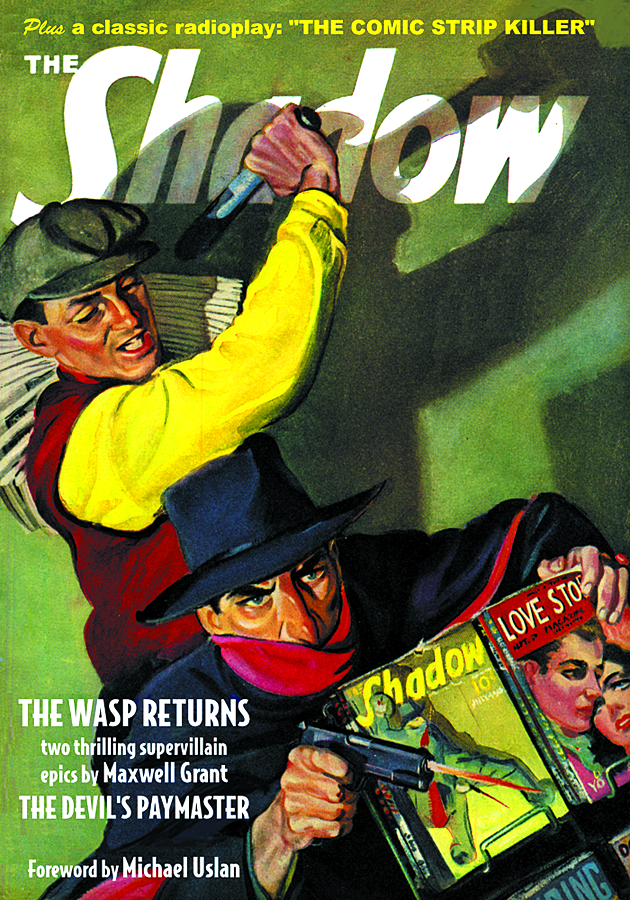 JUN121483
The Knight of Darkness wages battles to the death with two of his greatest superfoes! First, The Shadow becomes "The Devil's Paymaster" to end the sadistic reign of The Prince of Evil in the violent conclusion of Theodore Tinsley's most acclaimed storyline. Then, Lamont Cranston must die to crush a superfiend's evil plots when "The Wasp Returns" in an action-packed thriller by Walter B. Gibson. Foreword by Michael Uslan, executive producer of the Summer Bat-Blockbuster, The Dark Knight Rises.