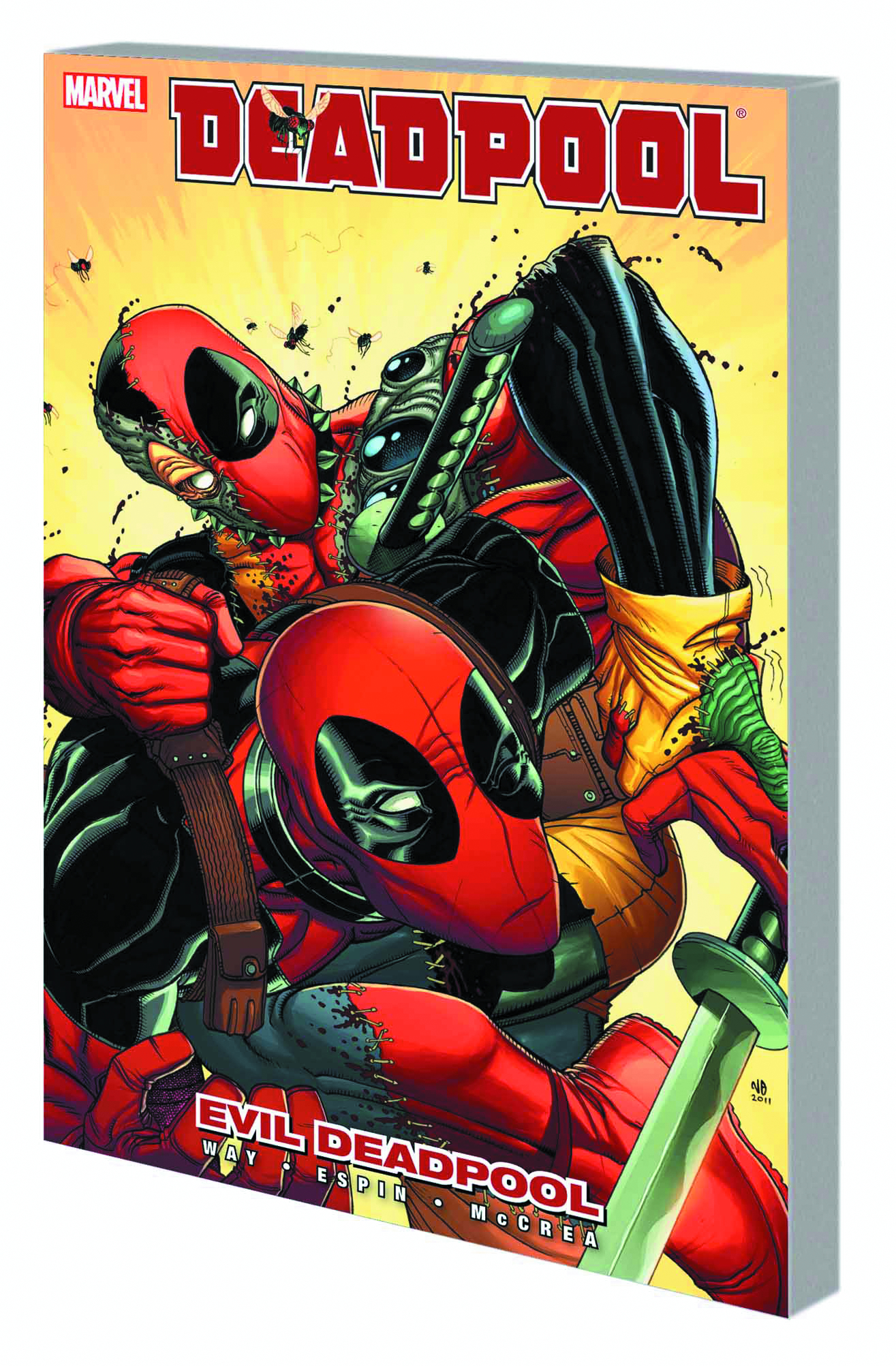 JUN120720
(W) Daniel Way (A) Salva Espin, John McCrea (CA) Nick Bradshaw
Would the real Wade Wilson please stand up? Deadpool returns to America, but he's not coming home alone! When a collection of Deadpool's discarded body parts meld to form an evil clone, the Merc With a Mouth faces off against himself for the crown of most hated former mercenary turned super hero turned pirate turned intergalactic bounty hunter. But their explosive confrontation brings the NYPD, Interpol and even Captain America bearing down on Deadpool, and he'll have to convince them all there's an even crazier, less principled version of himself on the loose! Plus: Deadpool: The Musical! Collecting DEADPOOL (2008) #45-49 and #49.1.