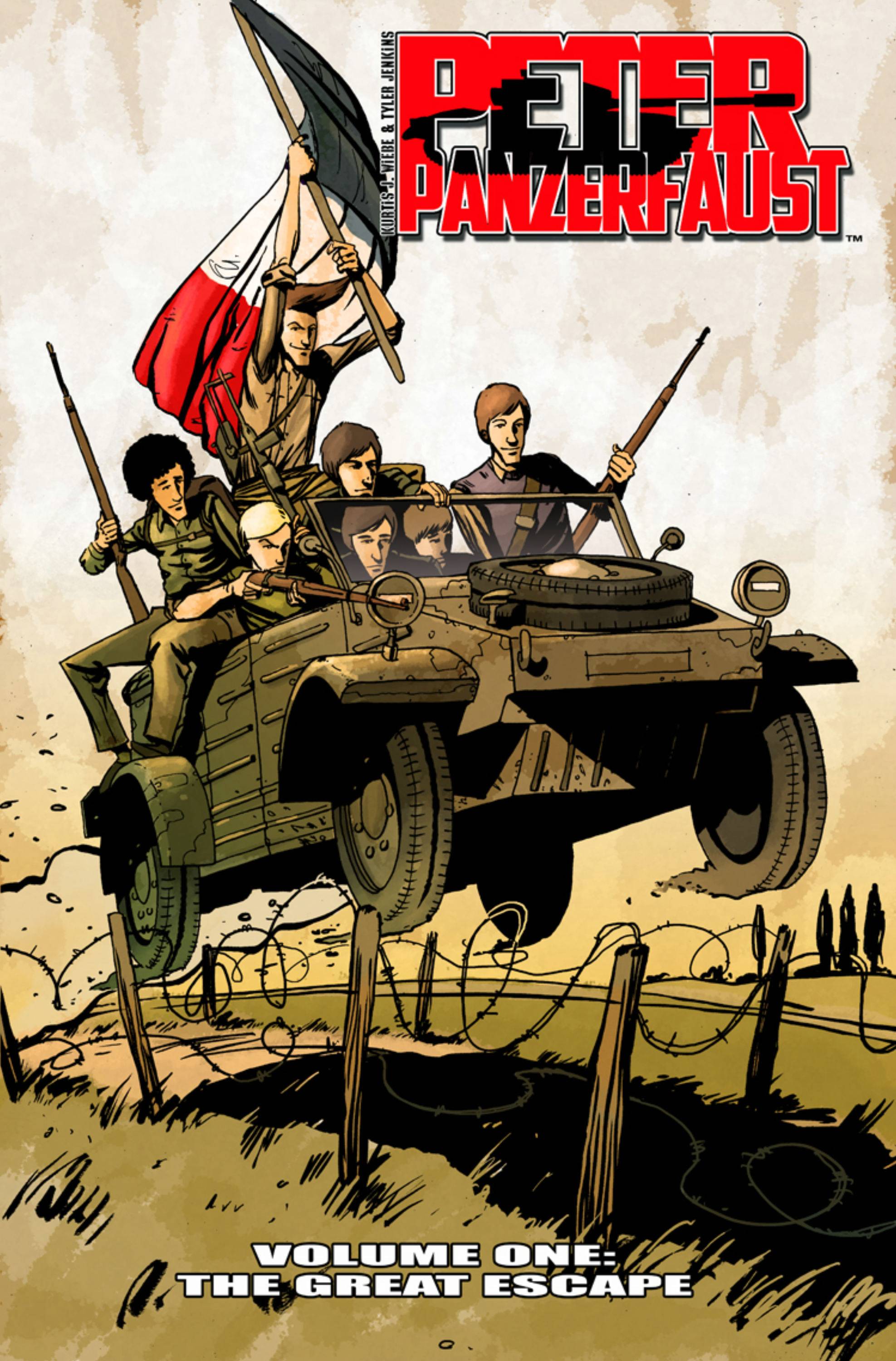 #
JUN120480
(W) Kurtis J. Wiebe (A/CA) Tyler Jenkins
The first volume of PETER PANZERFAUST, the critically acclaimed reimagining of the Peter Pan story set in the backdrop of World War II France. Peter leads a band of orphans in their desperate attempt to escape the city of Calais as the Nazi army presses its advance deeper into the country. With impossible odds against them, the Lost Boys survive a series of dangerous adventures on their road to Paris, and to freedom.
In Shops: Aug 29, 2012
SRP: $14.99
View All Items In This Series
ORDER WISH LIST