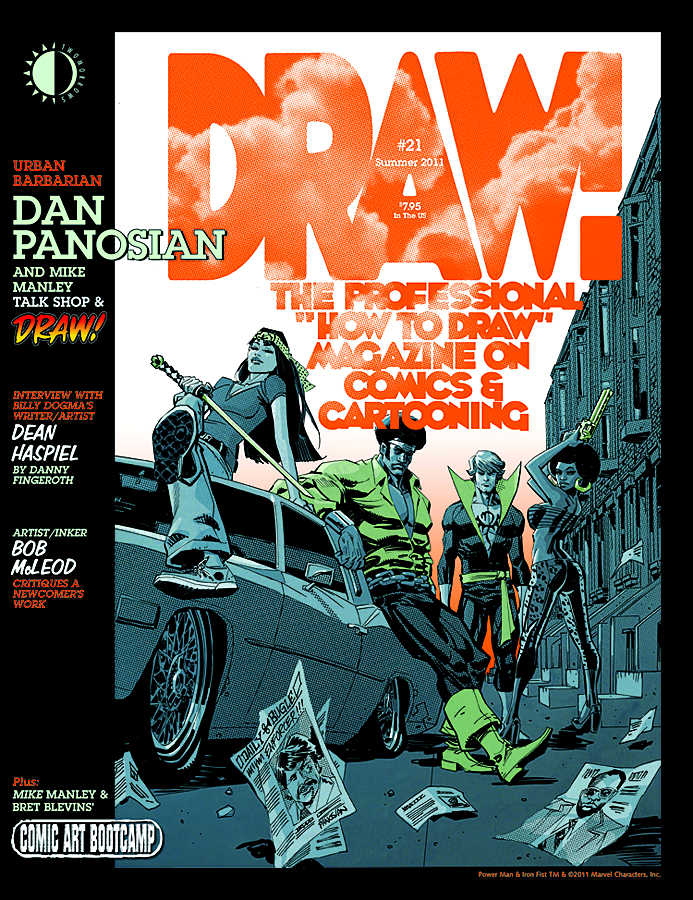 JUN111372
In Draw! #21, we track down the Urban Barbarian: Dan Panosian! From his stint at Image as a top inker and his fan-favorite work at Marvel as a penciler on X-Force and Wolverine, as well as his independent illustration and design work, Dan has always been in demand. Now, editor Mike Manley talks shop with Panosian, as we learn the secrets behind how he produces his gritty, design-inspired work. Then, Danny Fingeroth interviews Emmy award winning writer/artist Dean Haspiel, about his creations Billy Dogma and the semi-autobiographical Street Code, and his pioneering work in personal webcomics with the invention of Act-i-vate.
In Shops: Oct 12, 2011
SRP: $7.95
View All Items In This Series