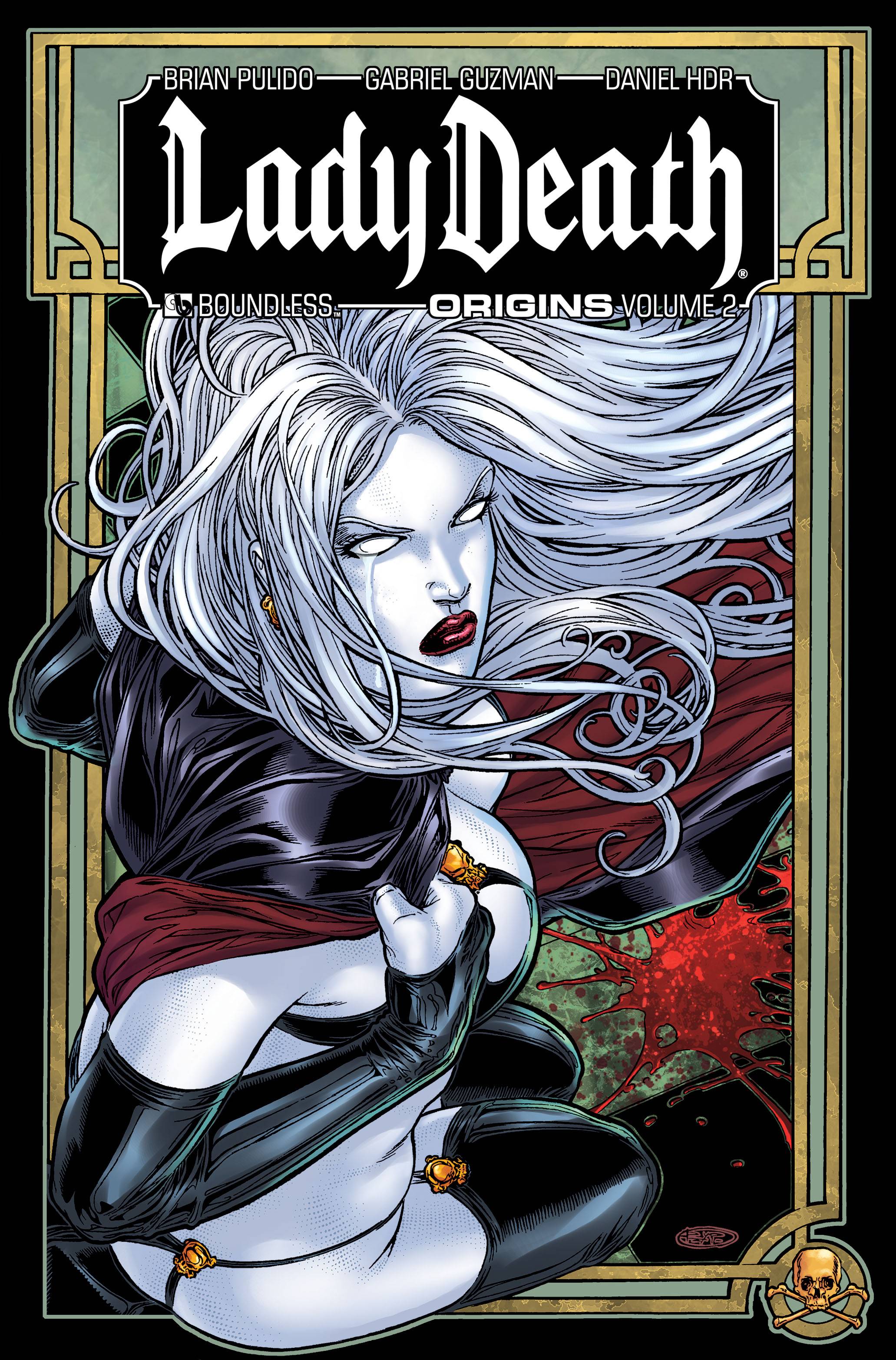 #
JUN110980
(W) Brian Pulido (A) Gabriel Guzman, Daniel HDR (CA) Juan Jose Ryp
Boundless Comics proudly collects, for the first time ever, the complete origin of fan-favorite comics heroine, Lady Death!  In this second volume, a young woman once named Hope - who recently renounced her humanity to become a cold yet alluring warrior - pursues the evil warlock Sagos in an attempt to free her mother's kidnapped soul.  Allying herself with the mysterious duo, Wargoth and Satasha, she begins to understand the dark powers she wields... but will it be enough to face her enemy's very skilled and very deadly lieutenants?  LADY DEATH ORIGINS VOL. 2 collects the all five issues of "Blacklands" and three issues of "Sacrilege" story arcs in their entirety, as written by original creator Brian Pulido.  Available in softcover format with illustrated cover by Rafa Lopez,  a Hardcover by Juan Jose Ryp that is limited to 2500 copies, and a special Signed Hardcover with a new cover from Richard Ortiz and featuring a signature plate from creator and writer of Lady Death, Brian Pulido that is limited to 1000 copies!
In Shops: Nov 16, 2011
SRP: $27.99
View All Items In This Series