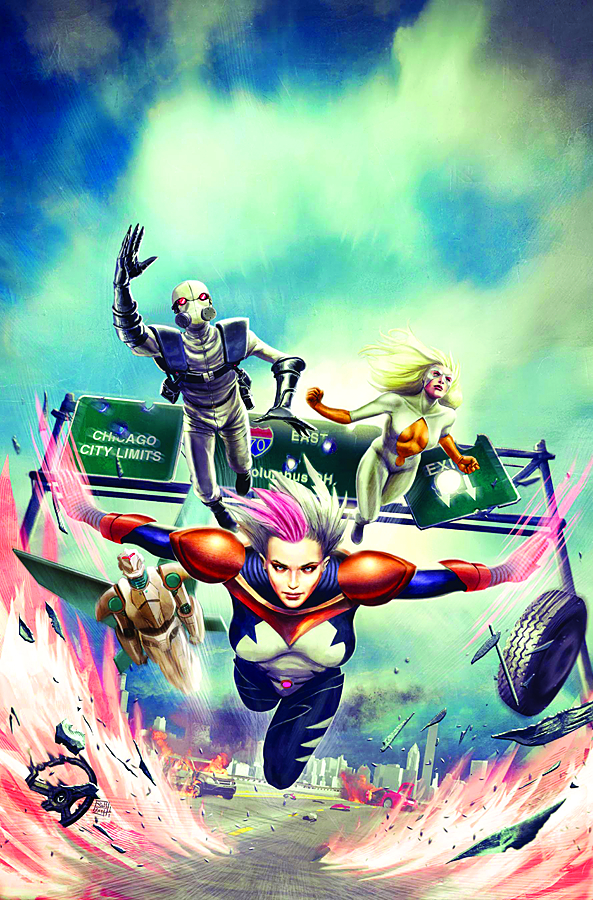 JUN110603
(W) Jeff Parker (A) Declan Shalvey (CA) Jean-Sebastien Rossbach
Written by JEFF PARKER
Penciled by DECLAN SHALVEY
Covers by J.S. ROSSBACH
FEAR ITSELF TIE-IN
Juggernaut has brought destruction to the American Midwest. His team- the alpha squad of the Thunderbolts -  have caught the full fury of Cain Marko joined to the ancient force of The Serpent. It all comes down to this! A stand has to be taken and the worst threats of a lost age will face the worst threats of today- the combined squads of the THUNDERBOLTS! It's a major battle with major upheaval as members are transformed completely and others will reveal secret agendas-- and betray their team.
This explosive finale will change the Thunderbolts in profound ways, and turn old friends into bitter enemies. Don't miss it!
32 PGS. (each)/Rated T+ ...$2.99 (each)