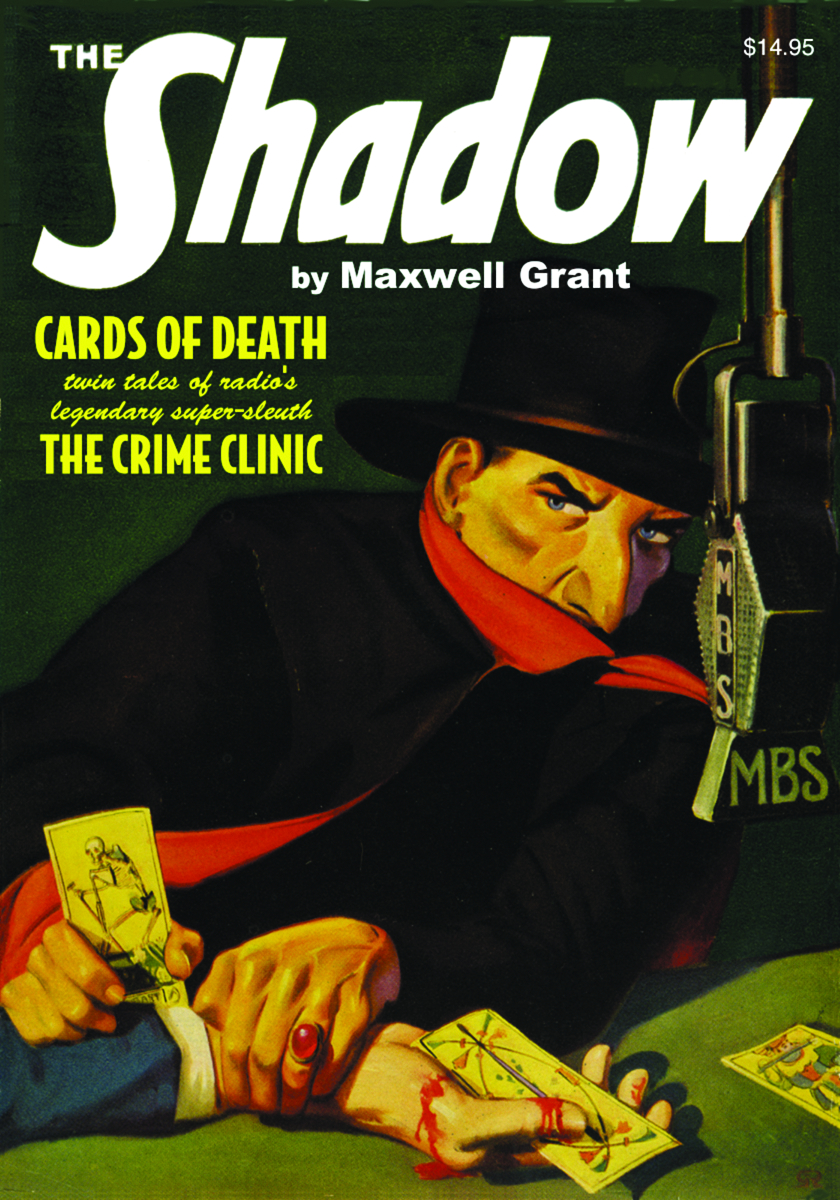 JUN101302
(W) Various (A) Various
"Who knows what evil lurks in the hearts of men? The Shadow knows!" The 80th anniversary of The Shadow's radio debut is celebrated with two special novels by Walter Gibson writing as "Maxwell Grant," plus a lost radio thriller. First, a locked room murder and the theft of a priceless diamond set the Knight of Darkness on the trail of the infamous supercrook known as The Jackdaw in "The Crime Clinic," a rare 1933 pulp thriller that was adapted to The Shadow radio series! Then, The Shadow hunts an infamous master criminal who leaves mystical "Cards of Death" at his murder sites. Plus, "The Red Macaw," a radio script by Edward Hale Bierstadt from Orson Welles' second outing as The Shadow! This instant collector's item features both classic pulp covers by George Rozen, the original interior illustrations by Tom Lovell and Edd Cartier, and commentary by popular-culture historians Anthony Tollin and Will Murray.