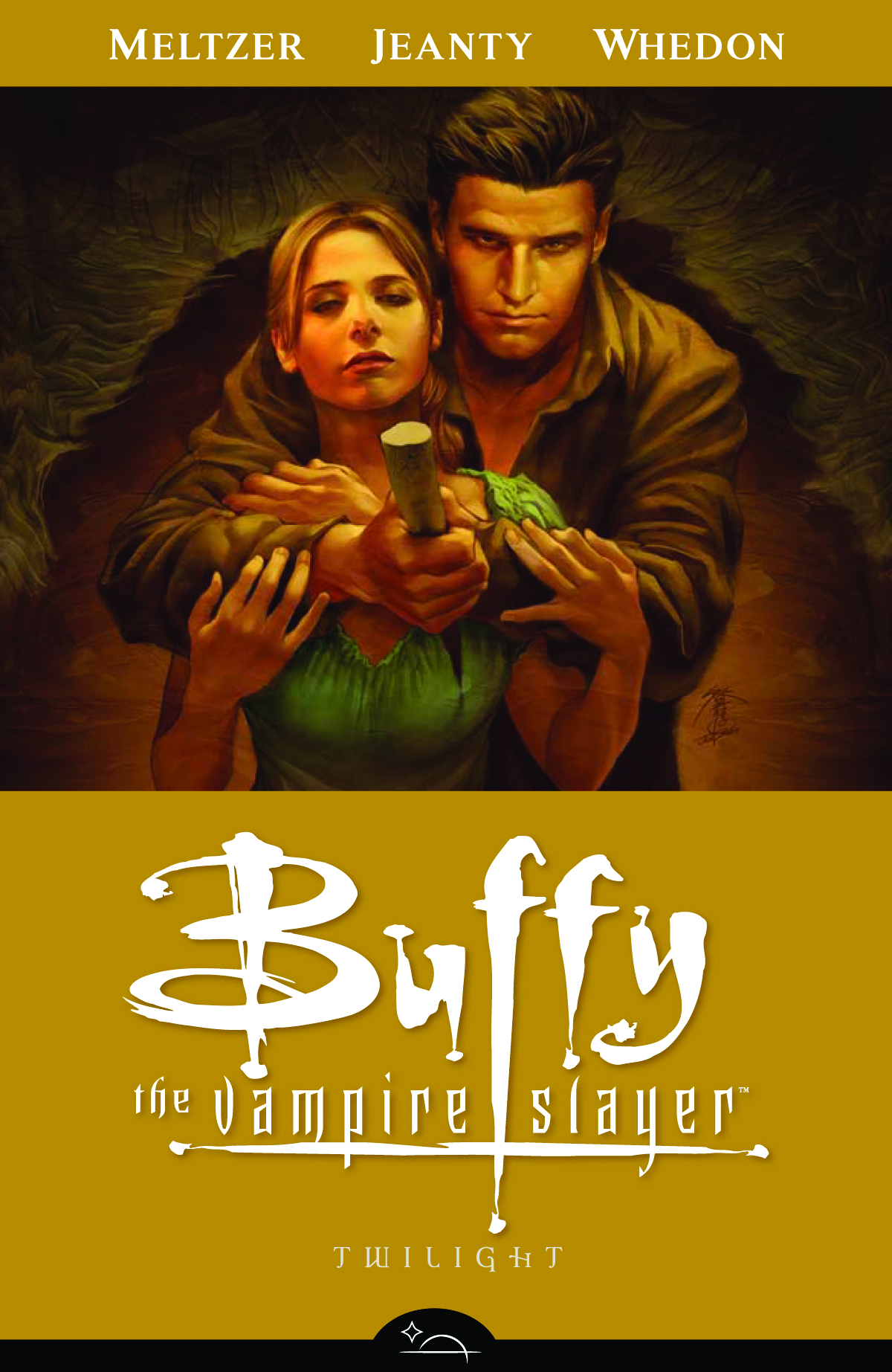 JUN100044
(W) Brad Meltzer, Joss Whedon (A) Georges Jeanty, Karl Moline, Andy Owens (CA) Jo Chen
Buffy Summers and her Slayer army have suffered heavy losses throughout Season Eight and faced scores of threats new and old, but the one mystery connecting it all has been the identity of the Big Bad - Twilight! In this penultimate volume of Season Eight, New York Times best-selling novelist and comics writer Brad Meltzer (The Book of Lies, Identity Crisis) joins series artist Georges Jeanty in beginning the buildup to the season finale in the story line that finally reveals the identity of Twilight! In the aftermath of the battle with Twilight's army, Buffy has developed a host of new powers, but when will the other shoe drop, and will it be a cute shoe, or an ugly one? Still reeling from the losses of war, Willow goes looking for missing allies, and discovers a horrifying truth about several of the Slayer army's recent ordeals. Adding to the mayhem is the unexpected return of Angel, in his Season Eight debut! This volume also features two stories from series creator and executive producer Joss Whedon! Collects Buffy Season Eight #31-#35, and the Willow one-shot.